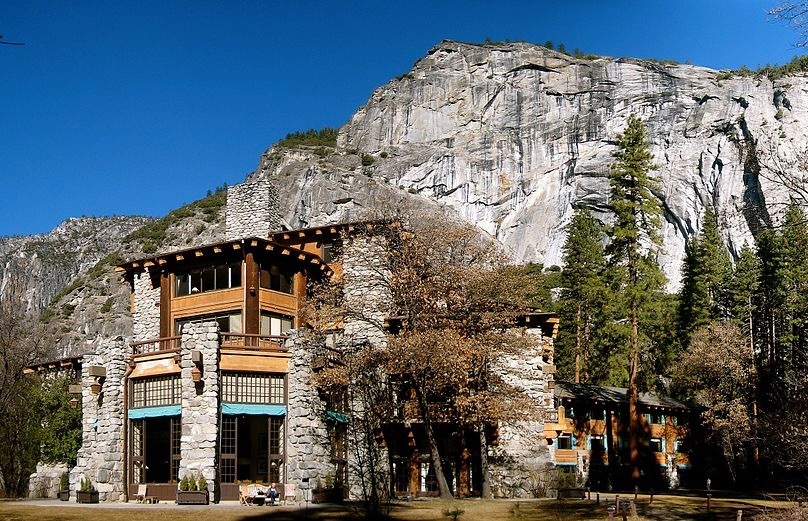 One of the most asinine instances of overlawyering in a genuinely asinine age has finally come to a resolution.

In 2016, the year the National Park Service marked its centennial, California's Yosemite National Park reached the end of its contract with Delaware North, the vendor that had been running the onsite hotels and services. The company was not rehired.

In a fit of legal pique, Delaware North left with the names of the park's historic institutions in tow, refusing to allow a successor to inherit the trademarks the company controlled as part of its operations deal.

Overnight, the historic Ahwahnee Hotel (pictured), an American icon since 1927, was redubbed the Majestic Yosemite Hotel. The legendary Camp Curry, treasured since the 1880s by vacationing families and audiences of the bygone Firefall show, was reflagged with a cheap banner reading "Half Dome Village."

Meanwhile, the lawyers of Delaware North stamped their feet and said the American people could have the names back—if the price was right. Reports said the hospitality vendor was demanding as much as $51 million.

At the time, I called the battle "privatization gone haywire."

But the ploy worked. Last week, Buffalo-based Delaware North collected $12 million, $3.84 million of which came from taxpayers, while the rest was handed over by Aramark, which replaced Delaware North at Yosemite.

“I’ve said from literally Day One that these names belong with these places, and ultimately belong to the American people,” Yosemite National Park spokesman Scott Gediman told the Los Angeles Times on Monday. “So to have this dispute resolved is huge.”

He's right. No one who hires outside vendors to work in our national parks believes that we're giving them the right to loot their value.

But this debacle was the National Park Service's fault, too. In its zeal to carve up its former responsibilities and deliver them for private profits, the government agency lost legal control of our shared heritage.

The NPS outsourced these services without proper contractual due diligence, allowing trademarks to slip away—in fact, Delaware North was required to purchase the trademarks when its contract began. Congress drove the agency to this point by being stingy with funding and pushing for privatization to begin with.

The three years of Yosemite-related litigation have had one positive effect. They established precedent affirming that private companies may no longer own trademarks associated with national parks. That means that even though Delaware North still manages concessions at several other national parks, including the Grand Canyon and Shenandoah, those names are now safe.

But this mess could recur if the property is not part of a national park. Delaware North has a habit of snapping up trademarks to other things Americans might have thought were public domain, as with the name "Space Shuttle Atlantis." The spacecraft is on display at a visitor center that Delaware North manages at Florida's Kennedy Space Center, which does not have a national park designation.

Some people defend rampant privatization by saying that vendors can manage our complex national parks better than any government could.

But this cynical episode would seem to prove that corporations aren't ideal protectors, either.