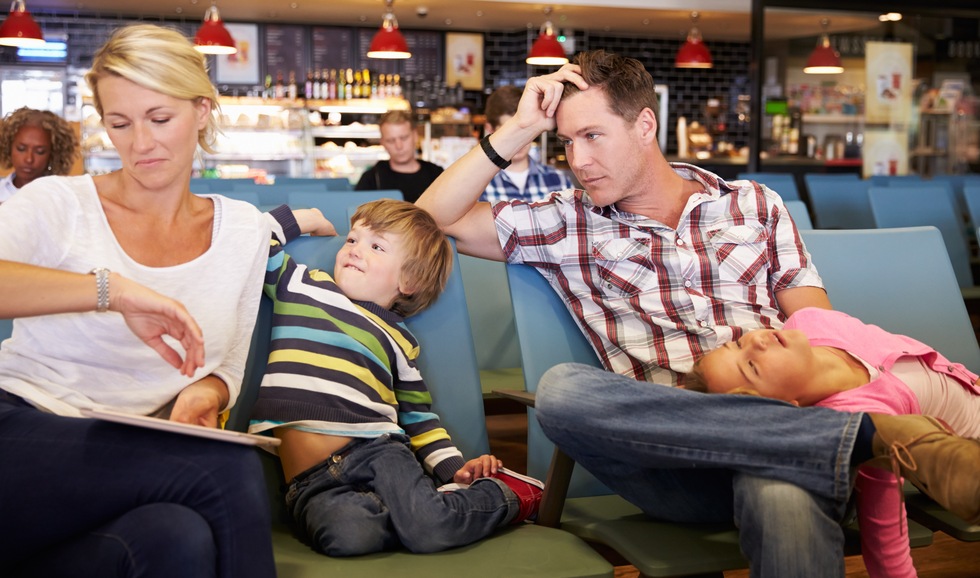 A little over a decade ago, Julie Melnick was trying to wrangle her rambunctious 3-year-old at the airport when she had a realization that many of us in the same situation have had: Air travel with a toddler is utter and complete hell.

That was part one of her revelation. The second part was that perhaps there was a business idea there.

She decided to create a company that would assist travelers, and make getting from the airport curb to the boarding gate stress free.

Her goal was to provide a friendly aide to help travelers with their bags, bring them through security as expeditiously as possible, usher them to their gate, and more.

In researching the field, she found that she did have some competition. Some high-end airport concierge businesses offer this type of assistance, but they charge hundreds of dollars per trip, so they were only in reach of celebrities, executives, and other wealthy types.

"I wanted to create a new category where everybody feels like a VIP," Melnick told me. "That's especially important right now, after the pandemic, because a lot of people haven't flown in a while and they're stressed by just the idea of air travel. We want to take away that stress and do it at a price point that's in reach of most travelers."

Her brainchild, SkySquad, debuted in 2019 at Dulles International Airport outside of Washington, DC.

Everyone who works for SkySquad is badged and background-checked so that they can accompany their customers to any public part of the terminal, including through the security area and even past it.

SkySquad's basic fee for such chaperoning is $49 for couples and singles and $99 for families. Those prices cover the journey from curb to gate and all it may entail, whether that may include repacking bags at security, carrying car seats, or keeping an eye on luggage during your bathroom pit stops, shopping excursions, or play breaks for the wee ones.

In Baltimore, Cincinnati, and Salt Lake City, SkySquad's customers get access to an expedited security line, which cuts down on the amount of time that the screening process takes. (In Fort Lauderdale, that quicker line is only available to SkySquad's customers who are flying Spirit Airlines.)

In addition to working with families, SkySquad often escorts seniors. When family members are involved in the process, and oftentimes grown children book this service, escorts will text family members to tell them when their loved one has arrived at the airport and when they arrive at to their gate.

Currently, SkySquad does not work with unaccompanied minors. They also do not push wheelchairs—but that service is handled by airport staffers with whom SkySquadders can work in tandem.

For additional fees, SkySquadders can stay with the traveler until they board, and in some airports, its staff is even permitted onto the jet bridge.

SkySquad can also be hired to greet arriving passengers at the airline gate, help them collect luggage from baggage claim, and get into ground transportation.

If flights are delayed or cancelled, Squadders will bring their passengers to the appropriate desks, and while they can't rebook tickets, they may know some insider tricks—many SkySquadders actually work at the airport in other capacities when they don't have their brightly colored SkySquad t-shirts on.

To promote its new Las Vegas service, SkySquad is offering a 20% discount to passengers who book its services online before October 31. This discount cannot be combined with other offers; use code FlyLikeAVIP2022 at SkySquad.com to access it.

And if you end up using this new service, let me know what you think of it.