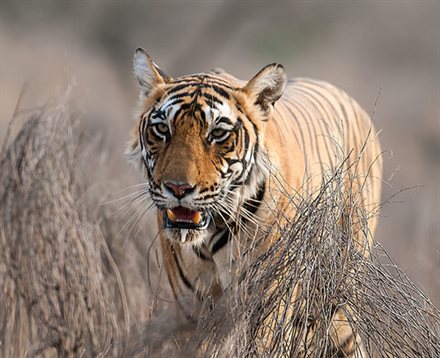 The one-time China specialist China Spree changed its name last year, but not its raison d'etre. And that seems to be to put out travel deals that make even the most cynical industry watcher's jaws drop. That's what happened recently when World Spree Travel debuted its new India tour. The cost is $1499 for a 12-day guided tours with all of the following inclusions:

A doozy, wouldn't you say? For those who don't know India well, the tour is of its famed Northern Region, and will include the Taj Mahal, fabulous Fatehpur Sikri (capital of the subcontinent in the 16th century), India's largest mosque, the former residence of Ghandi and more. Oh, and you'll be tracking Bengal Tigers on that safari (no guarantees you'll see one, though).

For full information, including the all-important fine print, click on the link above.

(Please note: Frommers has no affiliation whatsoever with World Spree; we just thought it was a darn good deal).