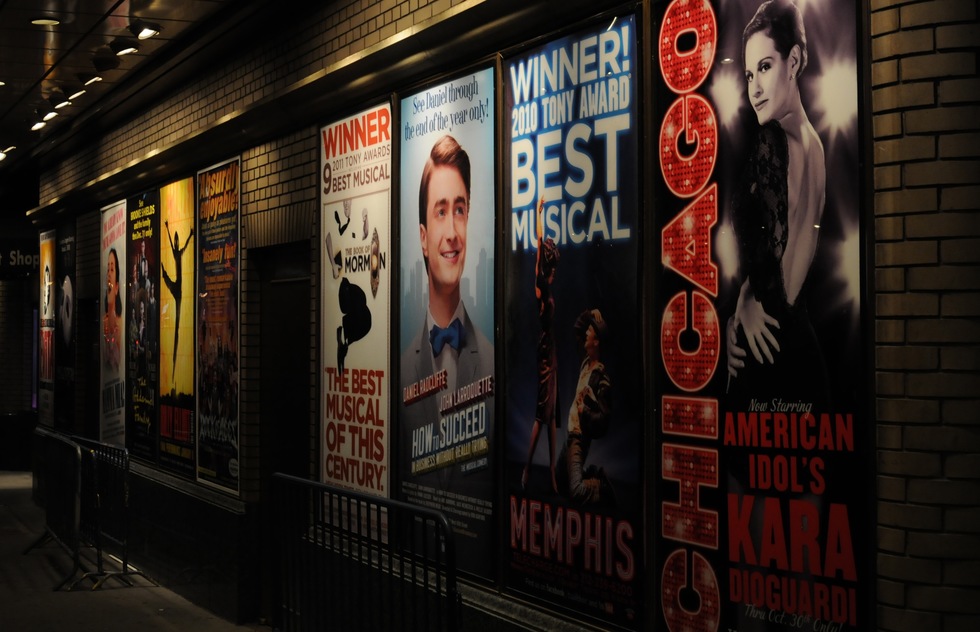 A Blow to Broadway: Shows Won't Reopen Until September 6

The show must go on—except when there's a global health crisis.

The Broadway League, the trade association for the theatrical industry, announced that the lights in New York City's Theater District would stay dimmed for a few more months. All Broadway performances will be canceled until September 6—at least.

Ticket holders should get an email before May 18 with instructions on how to get refunds. If that email doesn't arrive, the League recommends contacting whatever vendor sold the ticket.

Touring Broadway shows will also be affected. To find out what is happening with those, visit Broadway.org.

The springtime shutdown has already had devastating consequences for New York productions. Long-running musical Beetlejuice posted its closing notice, though producers are saying they're hoping to bring it back. Two plays were also shuttered: Hangman by celebrated Irish playwright and screenwriter Martin McDonagh and a revival of Who's Afraid of Virginia Woolf? that starred Laurie Metcalf and played just 9 previews before meeting its untimely end.

The extension has already claimed one long-running production: Disney announced that its stage version of the movie Frozen will not return to Broadway after the shutdown ends.

Rumor has it that more shows—including shows that have been running for years—are teetering and may never again see the limelight of day thanks to this news.

What's bad for Broadway is terrible for tourism spending in New York City. According to the Broadway League, the industry brought in $14.77 billion in revenue last year and created 96,900 local jobs.

As a former actress in touring musicals, I have faith Broadway will be back. It's too beloved for us to let it fall by the wayside. To quote the great Broadway musical Dreamgirls:

And I am telling you I'm not going.
Even though the rough times are showing,
There's just no way, there's no way.
We're part of the same place.


We're part of the same time.
We both share the same blood.
We both have the same mind.
And time and time we have so much to share

If you like my written version of that powerhouse song, you'll love this clip of Jennifer Holliday bringing the house down by performing the original.

At least one bit of good news for Broadway lovers came out this week: The filmed version of Hamilton, which was supposed to hit theaters in 2021, will appear at Disney+ on July 3.