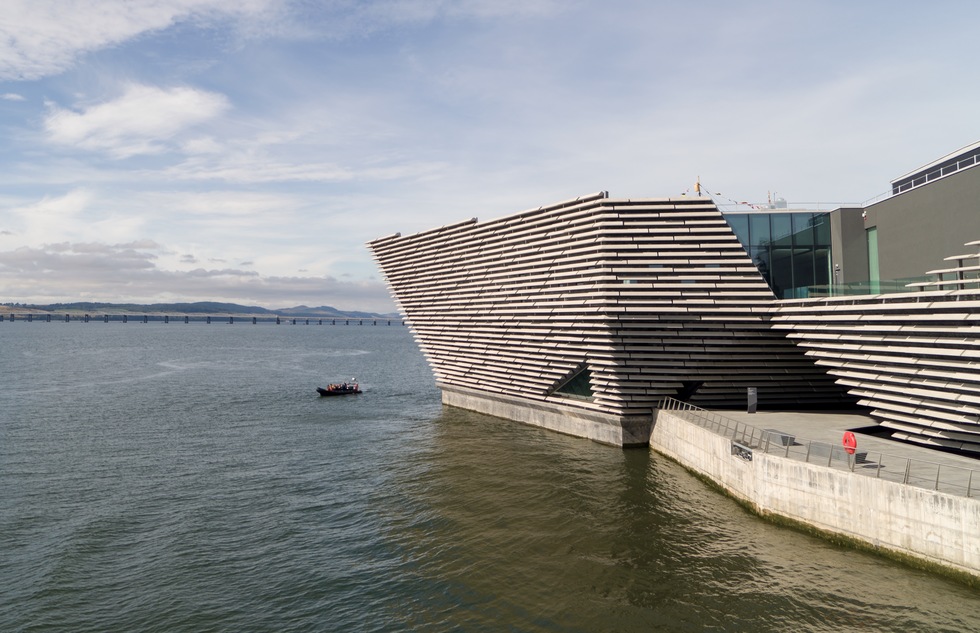 The world-famous V&A museum, founded as an offshoot of the Great Exhibition of 1851, is one of London's most popular attractions, bringing in about 4.4 million visits a year.

This weekend, the Victoria and Albert, the more formal name for the powerhouse of decorative arts, will have a presence in Scotland, too. V&A Dundee, billed as Scotland's first design museum, opens on the revitalized historic waterfront of Dundee, about 65 miles north of Edinburgh and connected by train.

V&A Dundee is a reflection of a Scotland that is increasingly embracing and amplifying its design personality, one that's distinct from the stuffier artistic traditions of England to the south. Much of the collection, which ranges from a book made in about 1480 to one of Natalie Portman's embroidered Attack of the Clones costumes by Glasgow designer Trisha Biggar, has a Scottish connection.

The most treasured item in its holdings is probably the 44-feet-long (13.5 m) Oak Room, designed in 1907 by Art Nouveau pioneer Charles Rennie Mackintosh for Miss Cranston's Ingram Street Tearooms, demolished in Glasgow decades ago. Mackintosh's masterwork—furniture, walls, glass lampshades, fittings, and all—was packed away nearly 50 years ago and has not been on public view since.

The Dundee facility, designed by Japanese architect Kengo Kuma to contain the largest exhibition space in the country, is not the first time the V&A has calved a separate museum from its massive collection—the Museum of Childhood, in London, is part of the V&A system, too. For Dundee, the mother museum lends its name, many objects, and its expertise, but won't handle the operation.

The city of Dundee is a major partner in the operation of the new museum, which, like all V&As is free to visit. Paid tickets are sold to its special temporary exhibitions, though; the first one is Ocean Liners: Speed and Style, a retrospective of the great traveling ships that wrapped up a stay at London's V&A in the spring.