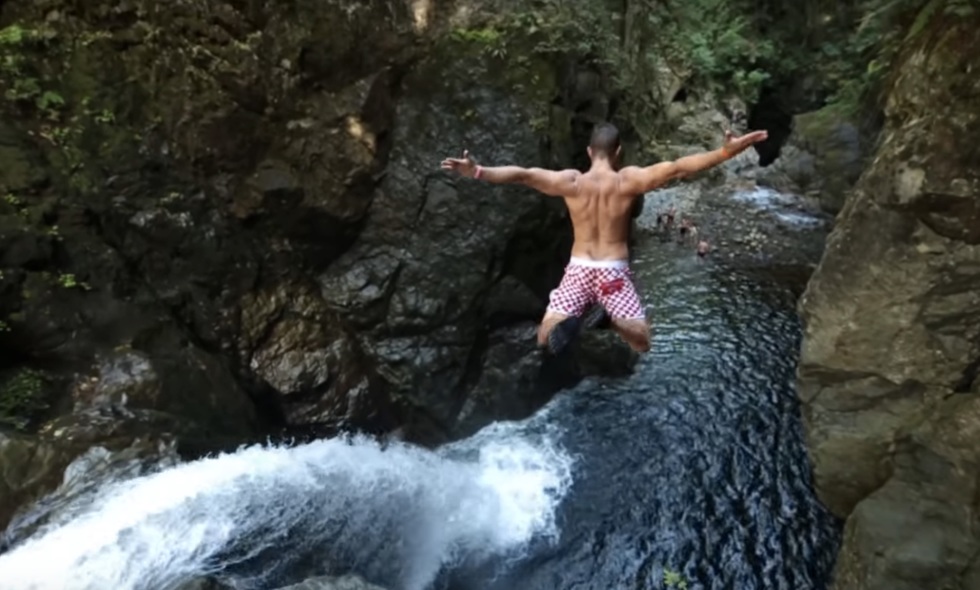 A Deadly End for the Yellowstone Daredevils

Two years ago, in the spring of 2016, a few young Canadians created an international scandal by treading into forbidden, protected areas of Yellowstone National Park and recording it for their social media followers in the name of living life to the fullest.

The men were famous for shooting videos of themselves doing extremely dangerous things in beautiful places.

We wrote at the time: "Hundreds of people stared stunned from the established path while these guys with GoPros for brains went to the edge of a steaming thermal pool and dipped their hands in it. Forget the fact they left footprints all over land that hasn't been scuffled by humans for years. They could have easily cracked through the crust of the earth and been boiled alive."

Affiliated with the High on Life adventure brand, the Canadians produced other videos in which they water-skiied off the back of their customized RV at Utah's Bonneville Salt Flats and flew drones around Utah's Arches and Zion national parks—all illegal. "Stop limiting yourself," they encouraged followers in one video on their social media account, which also sells clothing promoting their exploits.

After those incidents, two of the young men pleaded guilty to a variety of charges and were imprisoned for a week. They were banned from American public land until 2022, but their exploits continued in Canada.

Charles Ryker Gamble and Alexey Lyakh fell about 100 feet with a third person, Megan Scraper, as they roamed the top of Shannon Falls, the third-highest waterfall in British Columbia. It took two days for searchers to locate their bodies. The daredevils were carrying the type of underwater camera they frequently used to film their stunts.

It was not the first time High on Life members explored the dangerous waterfalls around Vancouver. Pictured above is a still from a 2014 video shot at Lynn Canyon and posted to the group's YouTube account, which has more than a half million subscribers. When the video was made, the waterfall was already well-known for causing deaths, and accessing it required bypassing a number of fences and warning signs. In 2016, after this clip was promoted, a teenager died playing in the same water.

“They stood for positivity, courage, living the best life you can," said a statement from High on Life.

In a tribute video, other members of the group read a passage cowritten by Gamble and Lyakh: "Don’t be misled into thinking that you’re supposed to do anything. You are supposed to do only what you choose to do. The world is vast and full of possibilities. Follow your bliss. Get out of your comfort zone. Stop looking for reasons why you can’t and start looking for reasons why you can. And if you can, you should."
Health, Insurance, Security
National Parks
News
Outdoor & Adventure