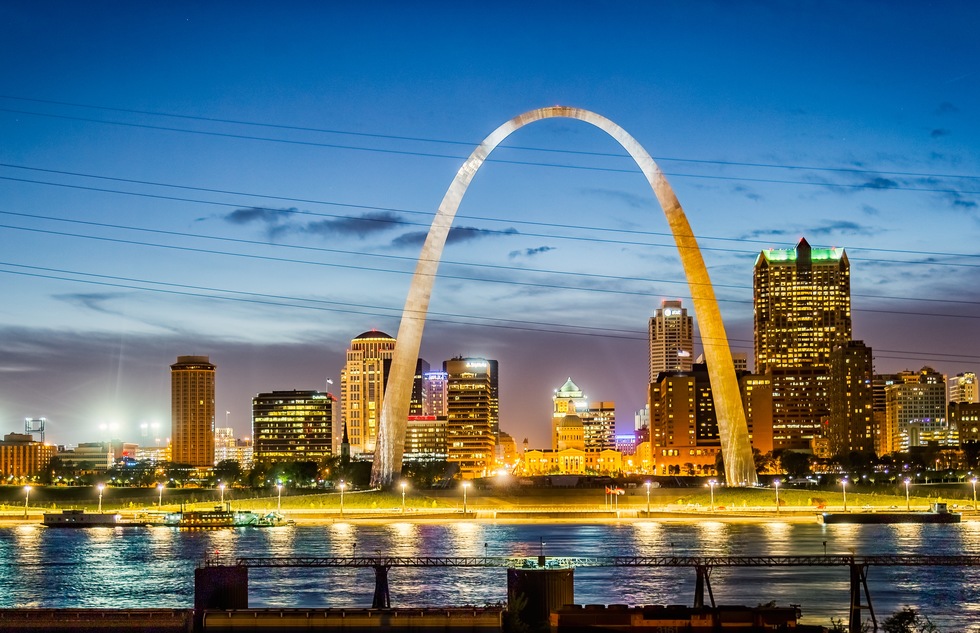 A Makeover and New Museum at Gateway Arch in St. Louis

A multiyear, multimillion-dollar project to gussy up the grounds of the Gateway Arch in St. Louis culminates this summer in the July 3 opening of an expanded museum that tells the tale of America's westward expansion.

Located underground, the newly rechristened Museum at the Gateway Arch replaces the similar but more limited previous facility, which had become outdated both in its simplistic, Gunsmoke-era view of the West as well as in its hands-off displays.

The museum's six galleries are now interactive and high-tech, incorporating videos, helpful maps, and detailed 3-D models, including one of St. Louis in the 19th century. The old statue of Thomas Jefferson will still be there, but the taxidermied buffalo has been swapped out for a resin version, according to CNBC.

Additionally, an effort has been made to present the perspectives of Native Americans and Mexicans—two groups for whom the advancing U.S. frontier meant tragedy rather than triumph.

Here's a video walkthrough of one of the galleries from the Arch's official Instagram page:

Walk down one side of the new museum...open July 3rd (dr)

A post shared by GatewayArchNationalParkService (@gatewayarchnps) on May 8, 2018 at 10:31am PDT


The overhauled museum joins a number of recent improvements at the Gateway Arch site, which was named a national park by President Trump in February. The 91-acre complex along the Mississippi River had previously been known as the Jefferson National Expansion Memorial, but almost no one called it that.

A land bridge connecting the Arch to the Old Courthouse and the removal of a huge, unsightly parking garage were designed to beautify the grounds as well as do a better job of linking the Arch to the city for which it remains a universal symbol.

This was all supposed to be done by 2015, in time for the 50th anniversary of the completion of Eero Saarinen's 630-foot steel-and-concrete riverside wonder—still the tallest monument in the Western Hemisphere.

Design changes made that deadline impossible, but better late than never—and Chicago Tribune architecture critic Blair Kamin says the spot is a lot better, calling the makeover a "game-changing" success in its "reinvention of a historic landscape and the connections it forges between that landscape and the surrounding city."

Admission to the museum is free. Riding to the top of the Arch via an interior tram costs $13 for adults, $10 for kids.