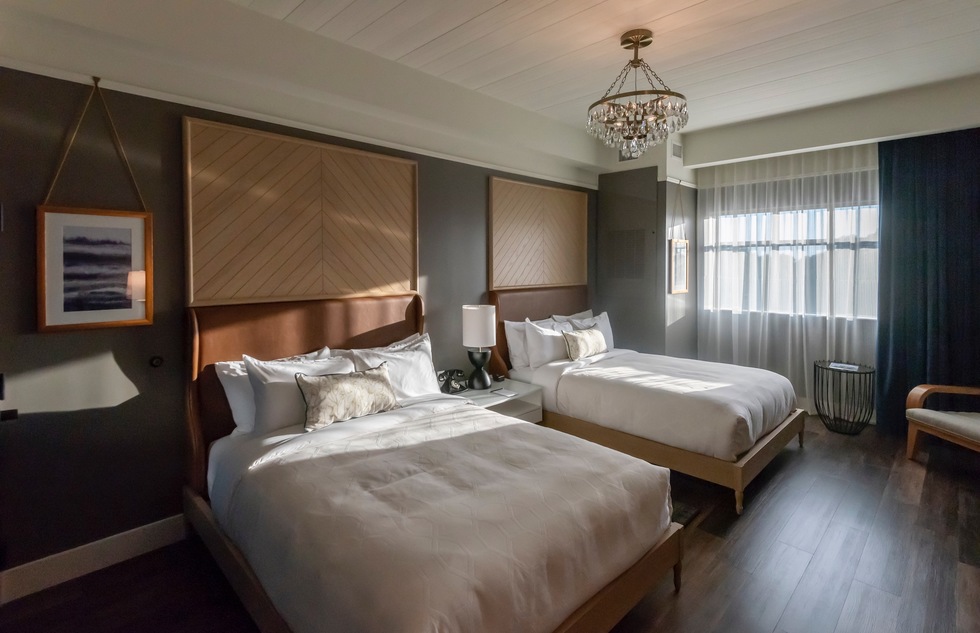 A Much-Needed New Hotel Opens on the Mississippi Blues Trail

This past summer, The Cotton House in Cleveland, Mississippi, opened as a major boutique-style hotel in the Mississippi Delta, a part of the country that hasn’t usually been strongly associated with full-service accommodation.
Up to now, most road trippers on the Blues Trail, the world-famous music-and-history circuit around the birthplace of the blues, would usually need to make do with bland chain motels, untested inns, or trek over an hour from Tunica (in northwest Mississippi) or Memphis.
The new property has been tailored to the area’s character. It was built on the town’s historic Cotton Row, where the farmers once brought their crops to sell, and the 95 units' details honor the Delta region, including in-room record players with famous blues albums, cotton prints on the pillows, and recipe cards serving as the in-room hotel guides. Artwork was inspired by the Mississippi River and local landmarks. 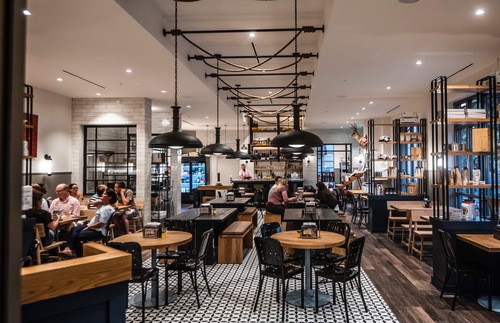 Its Delta Meat Market restaurant (pictured above) is run by James Beard nominee Chef Cole Ellis, who makes Delta hot tamales and steak frites with Hoover sauce, a dark, rich topping and marinade that’s a staple in this region. Bar Fontaine, the property’s rooftop cocktail space, carries local spirits like Oxford’s Wonderbird Gin but (for a change of pace) has an Italian-inspired menu.
From the hotel’s doors, music fans can drive to the Grammy Museum Mississippi (which opened in 2016) in less than five minutes, and in 10 minutes they’ll be at Dockery Farms, a pilgrimage spot where legendary bluesman Robert Johnson claimed he traded the devil his soul in exchange for a mastery of the guitar. The Delta Blues Museum and Morgan Freeman’s Ground Zero Blues Club are in Clarksdale, another 45 minutes’ drive through old farming settlements in the rural countryside.
Nightly rates at the Marriott-run property start at $129. Visit the hotel’s website for more information and availability details.
Arts and Culture
Hotels
Local Experiences
Road Trips