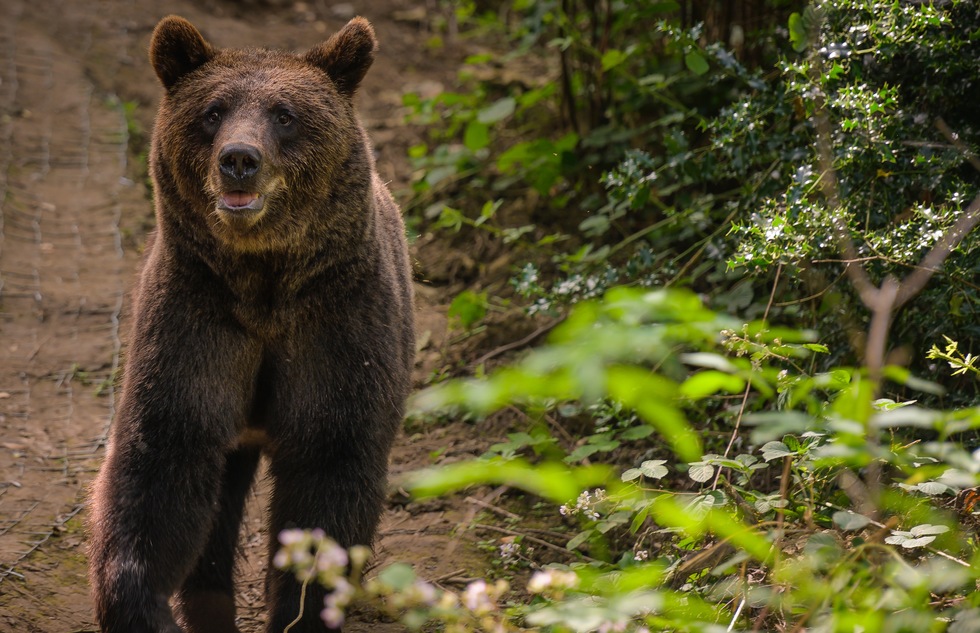 After a Millennium, Bears and Wolves Return to British Woodland—and You Can Watch

Bears and wolves haven't shared space in British woodlands for more than 1,000 years.

Due to deforestation and overhunting, the European brown bear disappeared from England in the 11th century; gray wolves followed in the 17th.

But soon, those animals will once again live in the same forest—and visitors will be able to observe all the ursine and lupine goings-on.

Opening to the public on July 25, the forest in question is Bear Wood, part of the British Zoological Society's Wild Place Project, a conservation park near Bristol in southwest England.

Wooden walkways about 13 feet off the ground wind through a leafy, 7.5-acre habitat, allowing guests to peer down at the resident bears and wolves as well as Eurasian lynxes and wolverines.

At the moment, the four species are being kept apart while the bears get accustomed to their new surroundings—they've been away for a millennium, after all.

At some point in the coming weeks, however, the wolves will be let into the bears' enclosure, and the animals will live together just as they did in the long-ago days when nearly all of Britain was woodland.

For one thing, the two species don't compete for food. For another, "these animals would coexist in the wild," Morris says. "This is their habitat."