Airfares to Asia Dropping Below Those to Europe In Many Cases, and From the East Coast, No Less

When is a sale not a sale? When it actually just reflects the going rates, but in a, well, louder fashion.

That's seems to be the case with Emirate Airlines current "deal" to Kuala Lumpur, Bangkok and Singapore. It is promising fares of $1599 per couple, for travel in May through November. That rate includes all taxes and fees, is from New York City, and must be booked by midnight ET April 16th at the latest. (The prices from Boston, Washington, D.C., Chicago, Dallas, Houston, Los Angeles, San Francisco and Seattle are $200 more per couple). Here's a link to the offer. 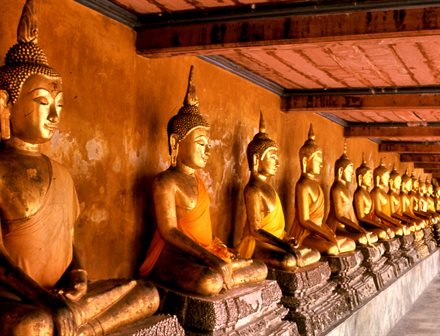 Funny thing is that, with the exception of Singapore, most of the other carriers on these routes already had prices in that ballpark. (For Singapore, $1000 round-trip from NYC was more common—still a great deal.) I was able to find $800-or-so rates to Bangkok and Kuala Lumpur from a number of carriers, ranging from China Air to Aeroflot.

That being said, I just flew Emirates' economy class and it's likely a nicer ride than Aeroflot. The bathrooms were sparkling clean, the TV's had 2000 movies to veg out to, and the seats were well padded. But with the other carriers, you don't have a deadline looming for booking.

The real story here, of course, is that if you tried to fly from the east coast of the United States to Lisbon or Madrid—a much shorter route—you'll likely find fares in the $1100's and $1200's. So why not hit Asia this year? Getting there will be significantly less painful than it used to be, especially for Northerners.