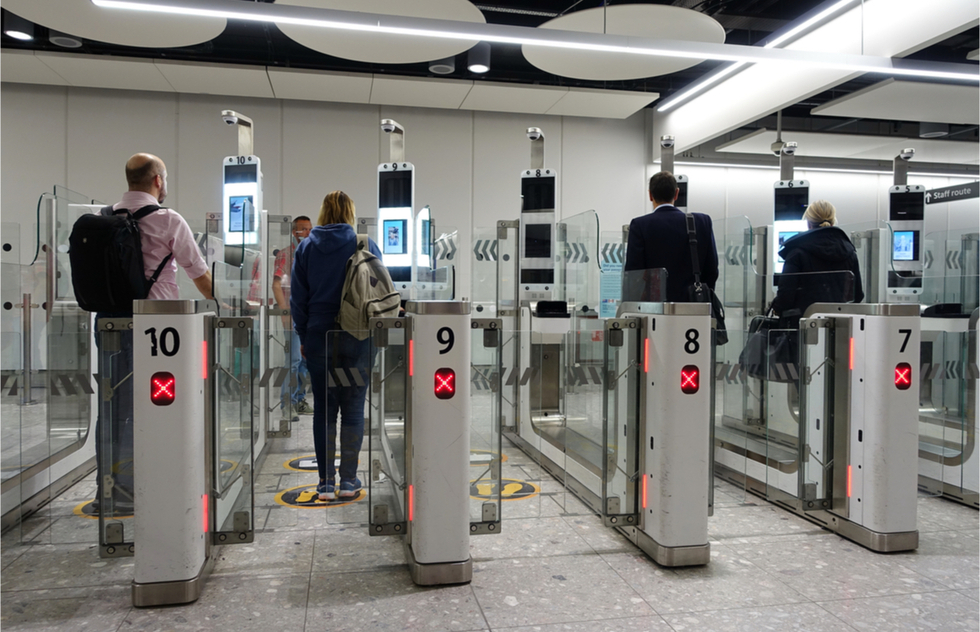 As the door to pandemic-era international travel slowly creaks open, border control agents are facing a new procedural problem: If their governments enact differing entry rules for vaccinated and unvaccinated visitors, how can officials sort through incoming arrivals without gumming up the system with hours-long queues?

Even on the best days before Covid-19, the immigration checkpoint at London's Heathrow Airport could be a monster. As the author of the Frommer's guide to London, I know from my own miserable experiences that after a long transatlantic flight to England, tourists can often still expect to wait in interminable queues to get documents stamped.

The pandemic only supercharged the dysfunction. In March of this year, flyers reported wait times up to seven hours for Heathrow's passport control gates.

Now, according to the BBC, something is being done about the problem.

British Airways and Virgin Atlantic—two of the largest carriers connecting the U.S. and the U.K.—have announced their participation in a trial of a fast-track lane just for passengers who have shown the airlines proof of vaccination.

Because paperwork will have been checked beforehand by their airline, passengers will be directed to an express lane through U.K. border control.

At first, only select flights from Athens, Los Angeles, Montego Bay (in Jamaica), and New York City will be eligible, but it's hoped the test will prove successful so more flights on additional airlines can be included.

John Holland-Kaye, Heathrow's chief executive, told the BBC, "At the moment the main barrier to people who have been doubly vaccinated ... is being able to demonstrate to the government that we can check that they've had the vaccination already."

At the moment, Americans (and most other nationalities) who travel to the United Kingdom are required to quarantine where they're staying for 10 days even if they are vaccinated, but that protocol is expected to change shortly.

Heathrow planned its trial of an express lane in preparation for more relaxed entry rules—and to give the government the confidence that relaxing those rules won't swamp border control agents.

Both the standard record card from the Centers for Disease Control and Prevention as well as U.S. state-level digital certification will be accepted as proof of vaccination at Heathrow.

The plan could become a blueprint for other major airports around the world.