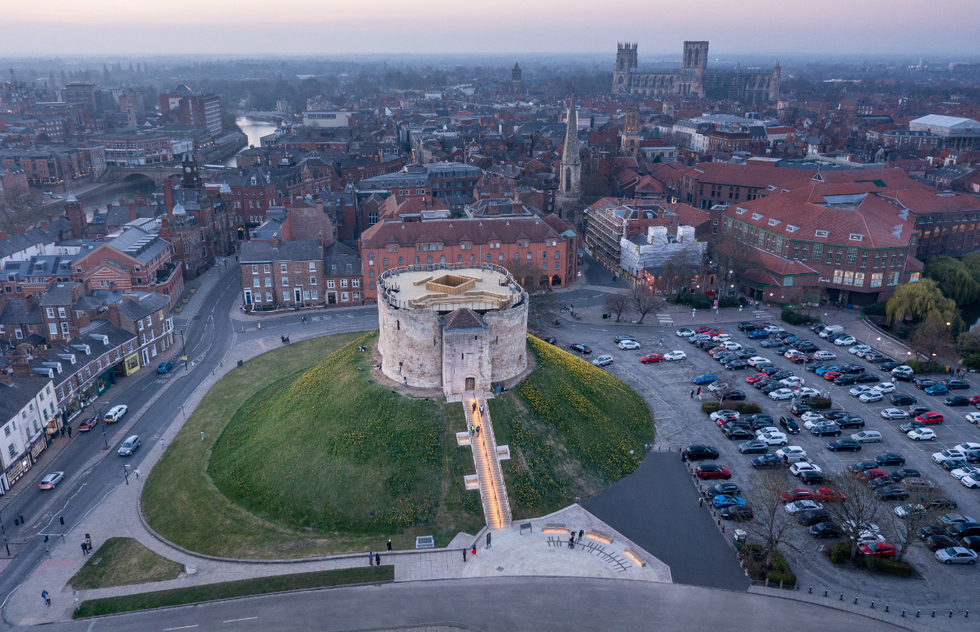 One of the most historically significant buildings in England hasn't had much to offer visitors for about, oh, three centuries or so.

The 800-year-old Clifford's Tower in the northeastern city of York is almost all that remains of York Castle, the center of government and the key royal fortress for the North of England from the Middle Ages through the 17th century.

The structure stands on an earthwork mound raised by William the Conqueror. King Henry III had the tower built. And several momentous and even notorious events have unfolded here. 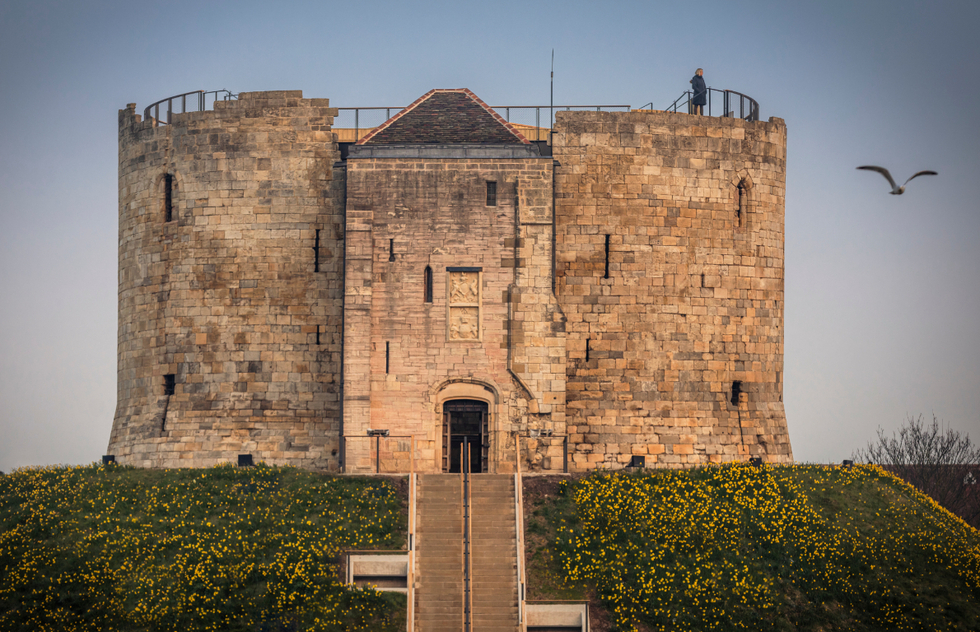 But because a fire gutted the stone tower in 1684, seeing the site has been a ho-hum experience for generations of tourists.

“The visitor numbers were high but the feedback was abysmal and no one ever came back," Jeremy Ashbee, the head properties curator with the preservation nonprofit English Heritage, told The Guardian.

But the group hopes to rewrite that history starting Saturday, April 2, when the tower reopens to the public following a multiyear, £5 million ($6.6 million) project to transform the structure's interior.

The designers and conservationists at Hugh Broughton Architects and Martin Ashley Architects devised an ingenious solution to the problem of visitors not being able to engage with the tower in a meaningful way. The architects installed a freestanding timber structure inside the stone building, with staircases and aerial walkways ascending to a new roof deck. 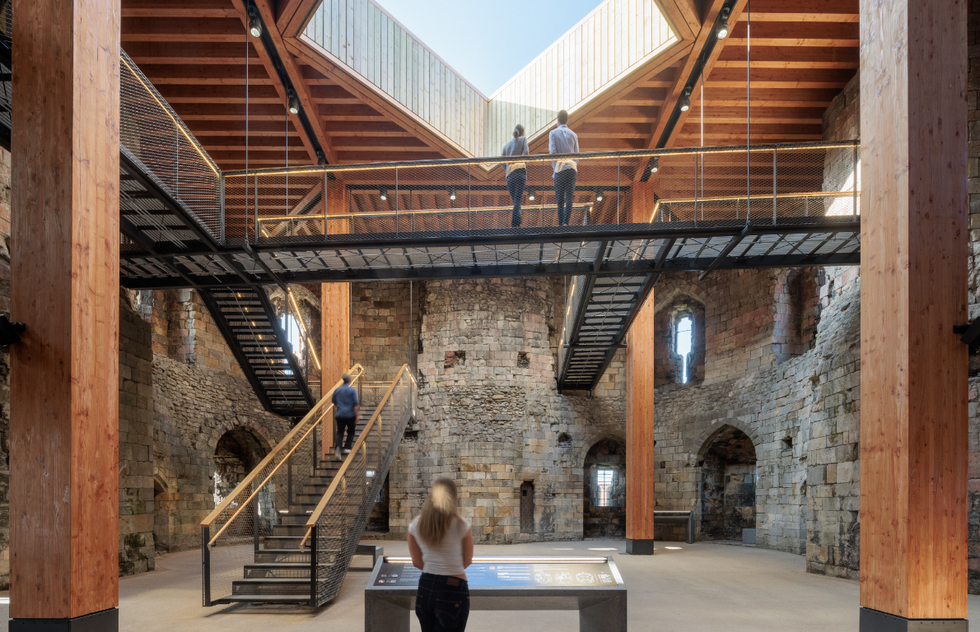 The additions don't harm the archaeological ruins, but do provide up-close access to areas of the tower that have been unreachable since the 17th-century fire.

Those fascinating architectural details include a royal chapel and a once cutting-edge toilet that Henry III, who ruled in the 13th century, had installed. Known as a garderobe, the lavatory actually flushed with the help of rainwater from a cistern. 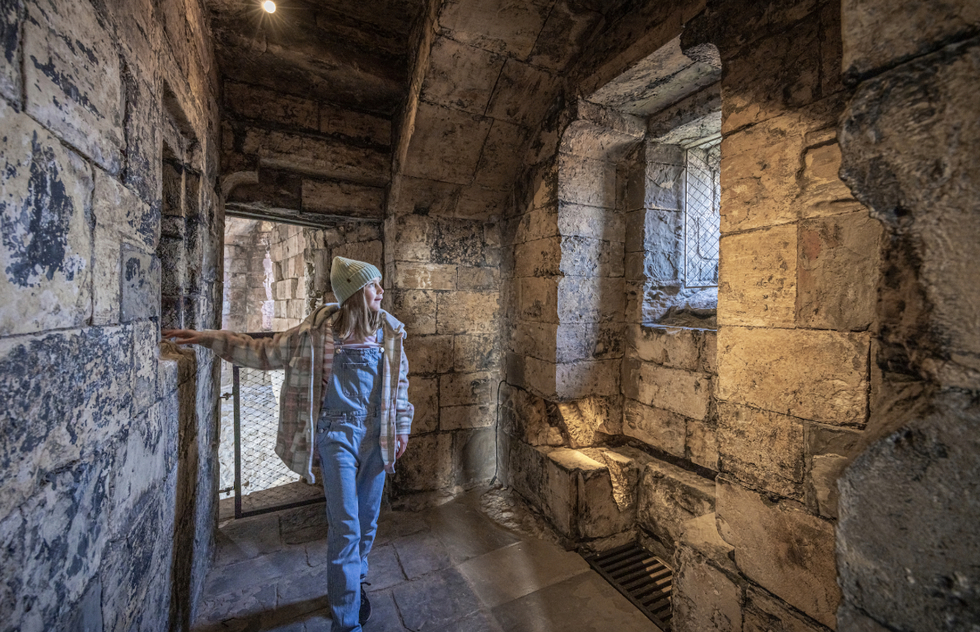 English Heritage has installed interpretive panels and audio features throughout the two-story space to acquaint visitors with the tower's long history, including its role as the setting for a horrific massacre of members of York's Jewish community in 1190—one of England's worst episodes of anti-Semitism. 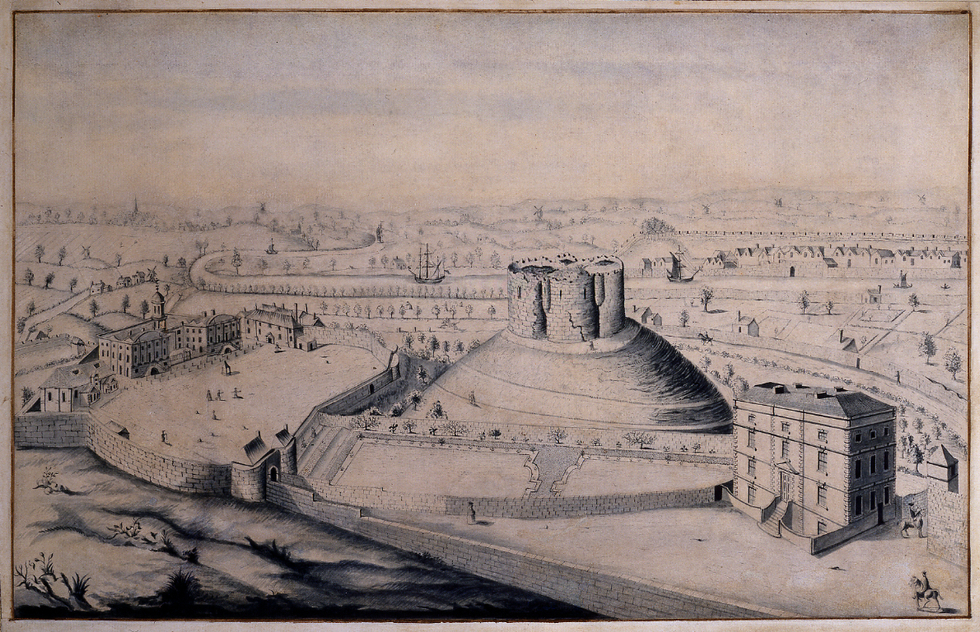 The tower's new walkways eventually lead to a rooftop platform with spectacular views of York from the structure's hilltop perch. 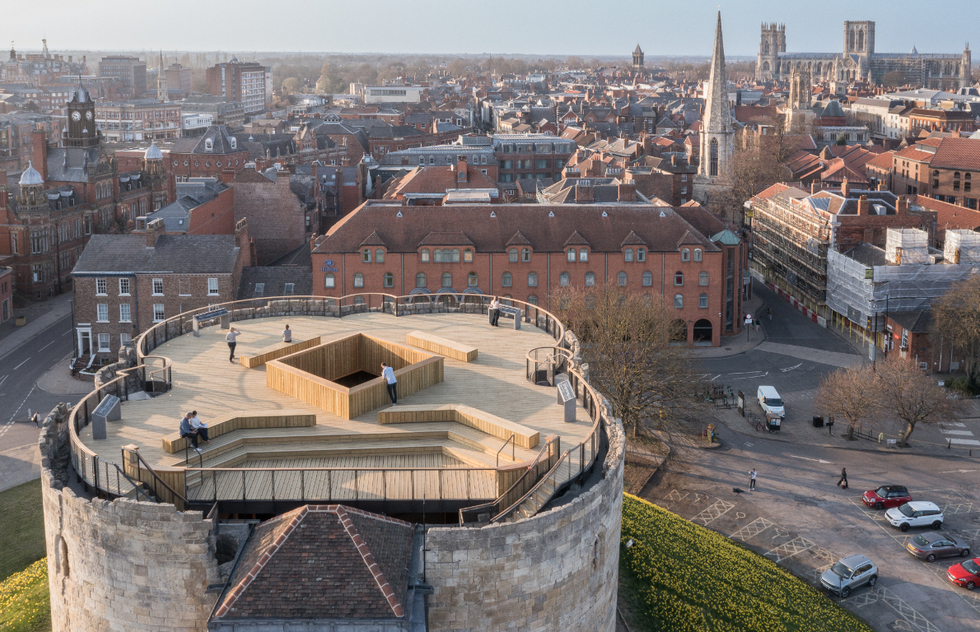 Visit English-Heritage.co.uk for more info or to make a reservation.