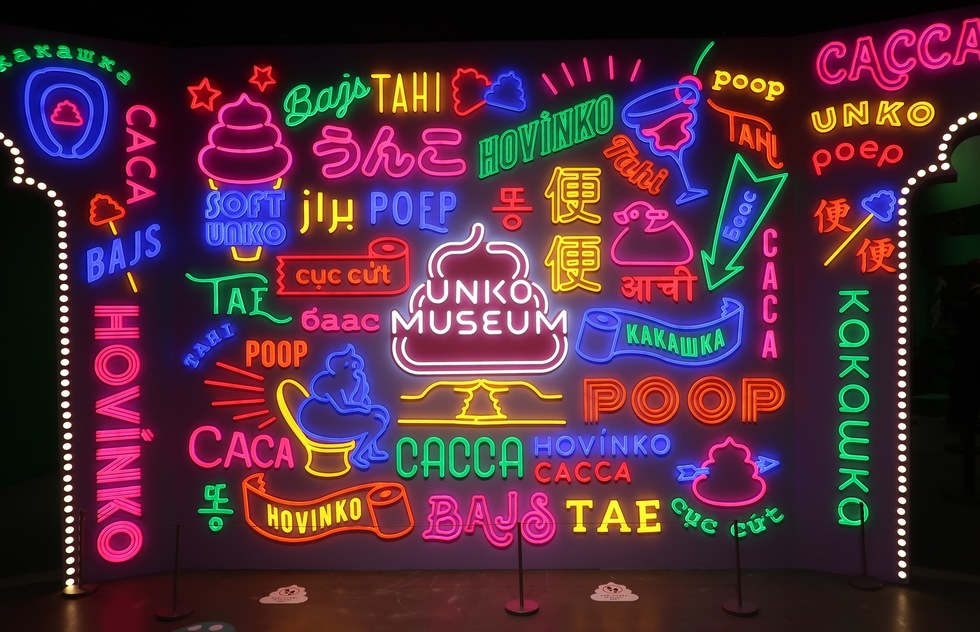 As the capital of a nation famous for high-tech toilets, Tokyo is now also the seat of places that honors what goes into them.
Now it’s where you’ll find the Unko Museum Tokyo, which translates to “Poop Museum Tokyo,” because it celebrates all things poop.
Located in the neighborhood of Odaiba—already a big family destination for its giant Gundam statue, Legoland, Joypolis gaming and virtual reality attraction, Miraikan National Museum of Emerging Science and Innovation—the Poop Museum is one of a new breed of ticketed diversions that attract Instagrammers with cheerful weirdness. It’s about photo ops, themed interactive games, and merchandise related to—well, you guessed it.
Not the real stuff, but poop as inspired by a smartphone emoji: toy-like plastic renditions of it, oversized and in the colors of the rainbow, with swirls that more closely resemble soft-serve ice cream. Leave it to the Japanese to make poop kawaii (cute).
Kids, of course, love it.
Upon entering, visitors are instructed to take a seat on a toilet (nicknamed “My Poop Maker”) and to pretend like they’re trying to use it (staff demonstrates with strained expressions in case they don’t get the idea).
Voila! Inside the bowl, a colorful plastic rendition of the real thing appears, and it’s placed upon a stick like a lollipop for you to carry around. 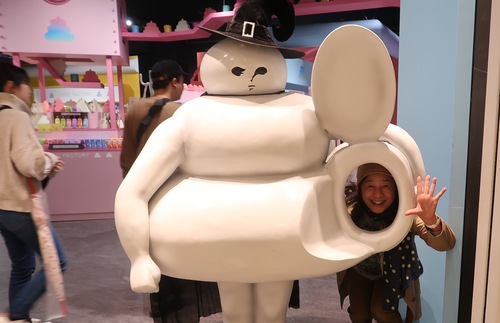 The attraction can be toured in less than an hour. First, visitors can play games, including those that test how quickly they can catch fake poop falling from a chute or how well they stomp on poop projected on the floor.
Number two, there are also stations ready-made for selfies, like in front of the erupting poop volcano or seated beside a tiered “cake” decorated with gold-colored turds.
For kids and kids at heart, there’s the opportunity to yell “unko” at the top of their lungs and to play in a ball pit surrounded by mounds of the stuff. (Not literally, but you get it.)
If you pass on that, there’s still the ubiquitous gift shop, flush with goods like dung-shaped candy and key chains, perfect for the hard-to-impress people in your life. 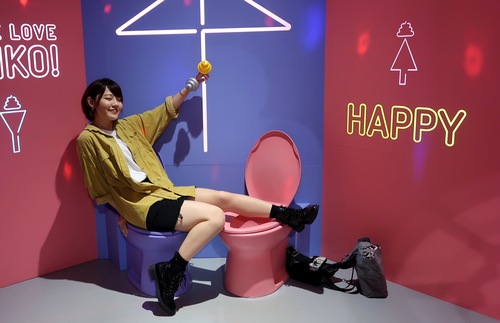