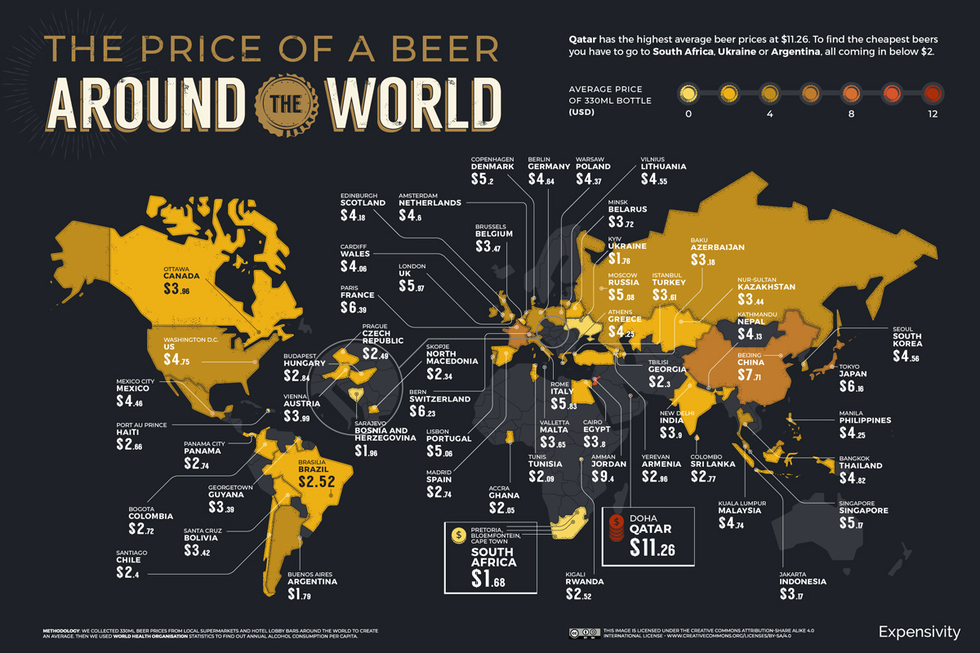 Bar Tab: Map Shows the Cost of Beer Around the World

“Whoever drinks beer, he is quick to sleep; whoever sleeps long, does not sin; whoever does not sin, enters Heaven! Thus, let us drink beer!”

That toast and its airtight logic come from Martin Luther, father of the Protestant Reformation. (He was German, so his love of beer shouldn't come as a shock.)

Like Luther's faith, fondness for brewskis has spread all over the globe, making a pint a pretty good yardstick for local price structures. When you're planning a trip, it can help to know how much a beer is going to set you back because then you can get an idea of how expensive other purchases might be.

With that in mind, personal finance site Expensivity tracked the cost of beer across scores of countries around the world.

The resulting World Beer Index 2021 shows the most expensive and cheapest places for brews, with Qatar at the pricey end ($11.26 per beer) and South Africa the most affordable ($1.68).

Beer prices also appear on a handy map, which is pictured at the top of this post and can be viewed in full size at Expensivity's website. Prices have been converted to U.S. dollars—and, by the way, the average price of a beer in the U.S. is $4.75, according to the map.

When it comes to consuming suds, the Czech Republic tops the list; drinkers there put away 468 beers per person each year. At the other end, Haitians consume just 4 beers per person annually—a relative drop in the keg.

Luther's native Germany, meanwhile, spends the most on beer annually: About $1,900 per person goes to filling steins. 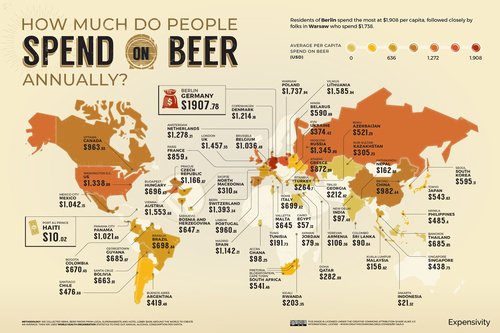 To see the full report and maps, visit Expensivity.com.

Arts and Culture
Food and Drink
Money and Fees
News