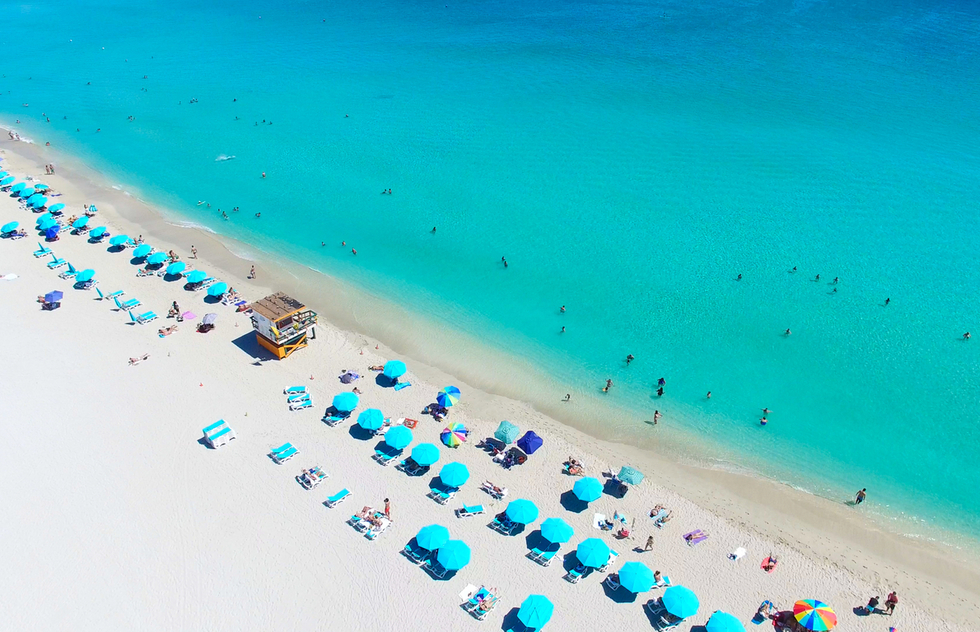 Summer's going to be complicated.

Beaches around the world may be reopening, but that doesn't mean each place is welcoming back sun seekers the same way.

If you were thinking you could just pack a towel and hit the sand, you might find yourself sunblocked.

Just look at the wildly different policies at these global beach destinations—rules range from requiring apps to banning naps.

The moral is clear: Town by town, county by county, it's imperative that you check ahead.

Greece: Beaches are ticketed. Sun loungers have been fastened to the ground to enforce social distancing, watersports have been temporarily banned, and individuals who violate rules may be fined up to €1,000. Alcohol may not be sold or served.

Jersey Shore, New Jersey: Although capacity must be controlled, "No community can turn a public beach into a de facto private one," according to the governor. Games, sports, and rides remain closed, but swimming is permitted, although visitors are largely expected to "police themselves."

Miami (pictured above): The city's 7.5 miles of beaches are fully closed until June at the earliest.

Long Island, New York: The opposite of New Jersey: Locals are trying to ban anyone who isn't a resident.

Los Angeles and San Diego: Joggers, surfers, and swimmers are allowed to play while passive usage such as sunbathing, sitting, or picnicking has been banned. "Non-athletic citizens should have the same rights," complained one Los Angeles Times reader who thinks the plan is a "discriminatory" mess.

Myrtle Beach, South Carolina: Reopened with few restrictions. "What coronavirus? Dance party breaks out on Ocean Boulevard," observed a Myrtle Beach Online headline on May 17. "Few wore face masks with the majority opting not to," according to news reports. Afterward, a city official told WLTX, “we need to figure out a way to live with Covid-19, and that means not the careless approach we saw this past weekend."

Nice, France: As in Southern California, beachgoers in Southern France may not sunbathe or lounge, but they may do things like swim, fish, and surf.

Ocean City, Maryland: The beach and boardwalk are open. Social distancing recommendations are in effect, but are largely being ignored. According to an editorial in The Washington Post, "The reopening of Maryland’s oceanside mecca of bad decisions was banging."

Portugal: The government wants people to download a free app that will tell them if the beach of their choice is full. Rather than monitoring directly, the app will rely on cell phone tracking data and reports from local vendors.

Spain: Lloret de Mar on the Costa Brava is segregating bathers to keep risk groups apart. Families with children and elderly people will be separated, while a third zone will be for couples and solo visitors. Officials will patrol and enforce the division.

Sydney: There's a 500-person limit at Bondi, Bronte, and Tamarama beaches. Swimmers are given one part of the beach and surfers get another. Playgrounds, outdoor gyms, skate parks, and sporting courts are all available again.