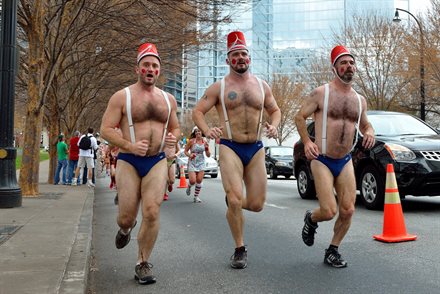 And if you guessed Ibiza, you're dead wrong.

But before I reveal which island, a bit of history: In 1838 writer George Sand and her lover, composer Frederic Chopin decided to winter on this Mediterranean isle in the hopes that it would prove a restorative sojourn for the tubercular composer.

That guess proved wrong. Not only was the island lashed with driving winds and constant rain storms that winter, the unmarried couple were shunned by the religious locals, and at one point, even put out of their rented apartment.

Who knew that over 150-years later Mallorca would prove to be just as prudish?

Despite the fact that mass-volume beach tourism is Mallorca's bread-and-butter its government is considering imposing a 500 euro fine on anyone who appears in public in a bikini or speedo. The one place that this attire will be allowed is on the beach itself. But step onto the sidewalk without covering up and—boom!—your vacation will become much more expensive.