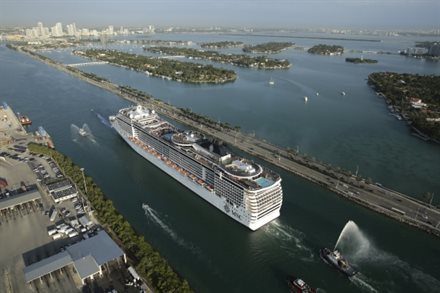 CDC Extends Ban on Cruising in U.S. Waters Into the Autumn

The Centers for Disease Control has again extended its ban on cruising in American waters.

The previous ban was scheduled to expire on September 15, a few days before the official end of summer. Under the new extension, cruising will not resume until October 1 at the earliest.

This is the second time the CDC has pushed the no-sail order to a later date.

The Miami Herald reports that since June 23, some 1,000 cruise ship crew members have developed either confirmed or suspected cases of the coronavirus while living aboard mostly empty ships waiting off the U.S. coast.

One crew member aboard the Disney Wonder died from the virus in the past month, according to the same newspaper.

Not coincidentally, the state of Florida, which serves as the biggest cruising hub in the United States, reported 13,965 new cases of Covid-19 on July 16. That's the second-highest single-day total for the state since the pandemic began.

Meanwhile, the European Union has its own list of demands the cruise industry must meet before being permitted to restart operations in European waters. Read about the EU's guidelines here.