And we're not talking the Motel 6 in Akron.

CitizenM Hotels, a growing chain that has made a name for itself with stylish pod hotels (read: the digs are tiny, but very high design), has announced that it will be giving away 500 rooms for New Year's Eve stays in such party cities as New York, London, Glasgow, Amsterdam and Rotterdam. They're even picking up the room tax (such "extras" as Wi-Fi are always free at Citizen M for those in their membership program, which you will be after you sign up for a chance to snag a free room).

To nab the freebie you must register here by October 29. Then on October 30 go back to that same site and make a booking. You'll need to be one of the first ones in line to get lucky, so here's when the rooms will be released:

Good luck! I can think of few better ways of welcoming the New Year. 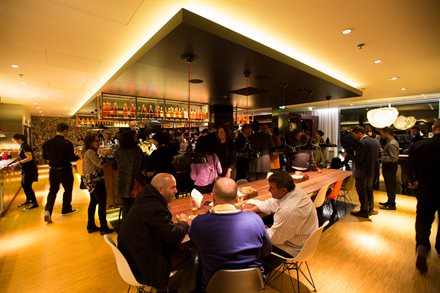 Lobby of the CitizenM in Amsterdam (photo by CitizenM Hotels)