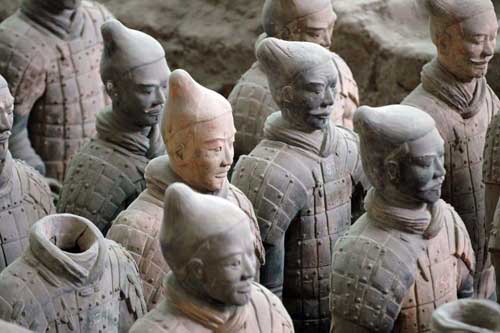 Usually, filling out the paperwork to obtain a visa for China is as elaborate as taking the bar exam, but less fun. Tourists have to answer a long list of sometimes invasive questions (be prepared to share what your mother does for a living), supply disappointing photos of their faces, fork over $140 per person, and wait four days to see if they made the cut. The rigmarole has discouraged many people from bothering.

But China wants more tourists, so the country quietly began making visiting easier. Although it's not well-known among most travelers, you can visit China on layovers of nearly a week without an advance visa. Beginning in 2016, the country began rolling out free transit visas of up to 144 hours, depending on where you land. That's six days.

Technically, it's even more than 144 hours. The clock starts at midnight of the day after you arrive—so if your plane lands at 9am, your 144-hour clock doesn't start until midnight rolls around, giving you time to shake off the jet lag.

If you're using a passport from one of 53 nations (including the United States) and there is at least six months left on its validity, you can skip the frustration and expense of applying for an advance visa and instead follow the "Visa on Arrival" signs at the airport to obtain your free permission to stay.

There are four important conditions: You must stay within the Chinese province where you landed, you must depart from the same airport, you must show a hotel reservation, and you must be flying on to a third country—so you cannot use this on a standard round-trip ticket. But you can tack on a short stay in a non-Chinese Asian destination like Singapore or Tokyo afterward.

Previously, Xi'an only allowed free transit visas of 72 hours (three days), which made visits a little too tight to do much.

But as of December 1, 2019, the important cities of Xi'an, Chongqing, and Ningbo have expanded their windows to 144-hour visits. That means you now have enough time to drop by Xi'an's famous terra-cotta warriors (pictured) at the Emperor Qinshihuang’s Mausoleum Site Museum. From Chongqing, you'll have time to explore the famous Three Gorges area.

In all, you can now use the free 144-hour visa for arrivals in 20 cities, up from 15. Visa on Arrival is also good for Beijing, Shanghai, Wuhan, Guangzhou, Hangzhou, Qingdao, and Tianjin. (For Changsha, Guilin, and Harbin, the window remains a too-tight 72 hours.)

Wasn't the Great Wall supposed to keep invaders out?