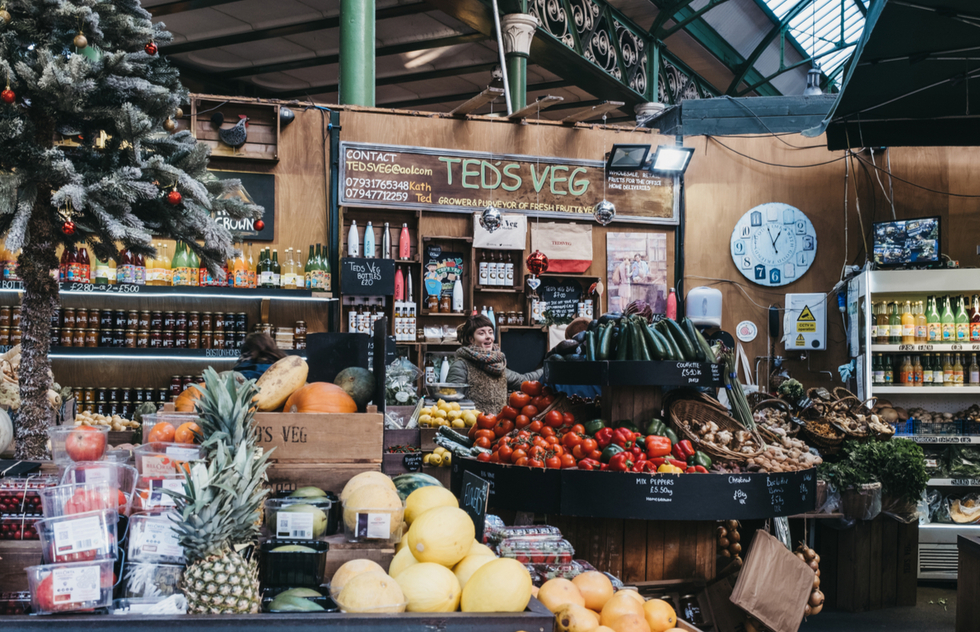 Cities With the Best Options for Vegetarian Travelers: A Global Ranking

What are the world's best cities for vegetarians?

Berlin-based housing site Nestpick set out to answer that question with a global ranking based on nine different criteria, including the affordability of fruits and vegetables, the number of vegetarian- and vegan-friendly restaurants, and the frequency of veg-oriented events and festivals in 75 cities across six continents.

Though the Vegetarian Cities Index was created primarily to help herbivores who are considering relocation, the list also yields "travel destination ideas for those searching for the best plant-based gastronomic spots," according to Nestpick CEO Omer Kucukdere.

To come up with the rankings, researchers chose 200 popular cities for relocation, then whittled the number to places for which they had sufficient data in the form of restaurant directories, online reviews, event listings, and grocery prices. Each city was given a score on a 100-point scale according to how well it satisfied the criteria.

At the top of the heap: London, which was determined to have the most vegetarian-friendly restaurants and the most vegetarian events and festivals, presumably during non-pandemic years (a produce stand at the city's Borough Market—a not strictly plant-based but certainly plant-friendly venue—is pictured above).

The highest-ranking U.S. locales are both in California: Los Angeles at #8, followed not far behind by San Francisco at #10. 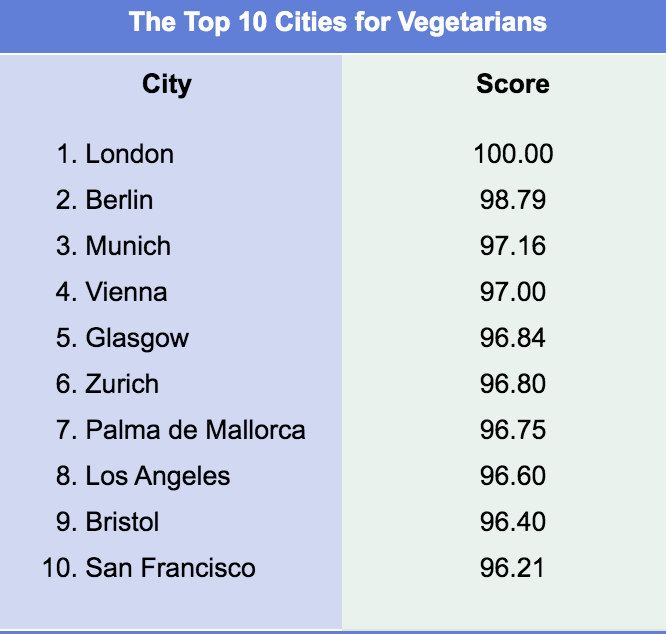 Other findings of interest for vegetarian travelers: Though it didn't have the most vegetarian restaurants, the Taiwanese capital of Taipei did have the highest-rated vegetarian cuisine based on reviews from (unspecified) user-generated online dining directories.

Ubud on the Indonesian island of Bali had the highest percentage of vegan establishments.

And Thailand's historic city of Chiang Mai was named the destination with the highest number of affordable vegetarian restaurants.

Latin America and Africa make fewer appearances on the list than places in Europe, the U.S., and Asia do. Cape Town, South Africa, scored its continent's highest ranking at #28, while Latin America's best showing on the list was Mexico City at #49.

That doesn't mean there aren't abundant plant-based foods elsewhere in Africa and Central and South America—just that analysts lacked enough data for some locations.

To see the full list and read more about methodology, categories, and scoring, visit Nestpick.com.

You might also like our own assessment of the world's best cities for vegetarian and vegan travelers.