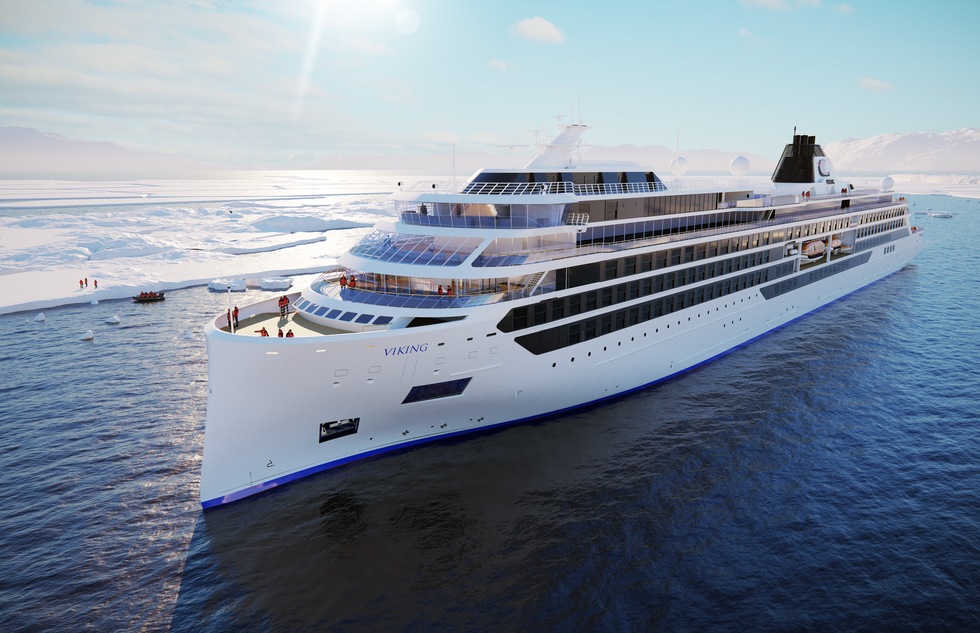 With sights set on both the farthest and the closest destinations on earth, cruise company Viking has announced a new fleet of two expedition ships.
It will join the companies roving both the Arctic Circle and Antarctica and, most interestingly, pioneer new itineraries in the Great Lakes.
Two newly built sister ships, Viking Octantis and Viking Polaris, will carry a maximum of 378 guests in 189 staterooms each—a size that, as the company puts it, is "small enough to navigate remote polar regions and the St. Lawrence River, while large enough to provide superior handling and stability in the roughest seas." The vacations offered by this new class of ships has been dubbed Viking Expeditions.

Viking's recent aggressive expansion and simple-but-elegant style have driven the company's quick ascent in capturing around half the market share of river cruises and building a large and devoted customer base. How will it do when it joins the growing fleet of competing ships in the icy waters near the poles?


But the company’s new routes into the lesser-trafficked Great Lakes region may be the ones to watch. As of now, Viking will have no considerable competition there.

Itineraries from Thunder Bay, Ontario, to Milwaukee are a far cry from the Old World charms of Viking’s established European river routes. The company's execs seem to know that; the expansion is based on the intuition that American guests seek cruise experiences that won't require them to fly long distances. 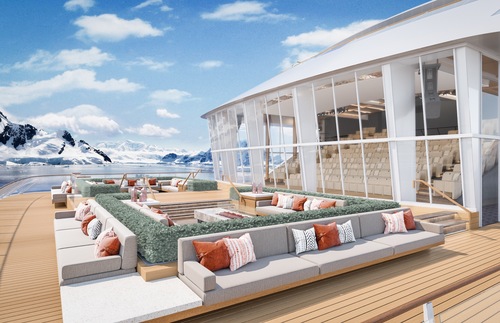 The new ships are being designed with the same simple Nordic aesthetics seen throughout Viking’s six-ship ocean fleet, but they will be purpose-built for tough seas, with hulls that meet rigorous Polar Class 6 strength standards. One novel addition will be an amphitheatre-like viewing area (pictured above) suitable for sightseeing in frigid temperatures.

The ships will also be outfitted with head-turning bells and whistles such as two six-passenger submarines and two 12-seater convertible RIBs (rigid inflatable boats, similar to Zodiacs), all of which will self-deploy through advanced systems (pictured below in a rendering). The line is also promising at least 25 scientists and experts aboard each cruise arranged through its partnership with the Scott Polar Research Institute at Cambridge University and The Cornell Lab of Ornithology. 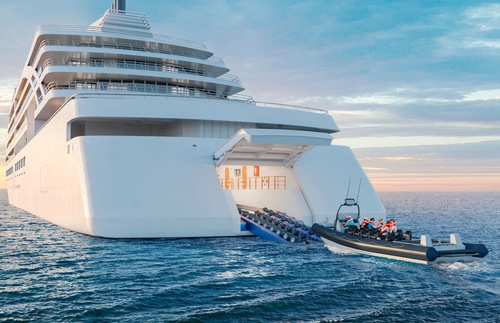 Viking Octantis is coming in January 2022 and Viking Polaris will debut in August 2022.