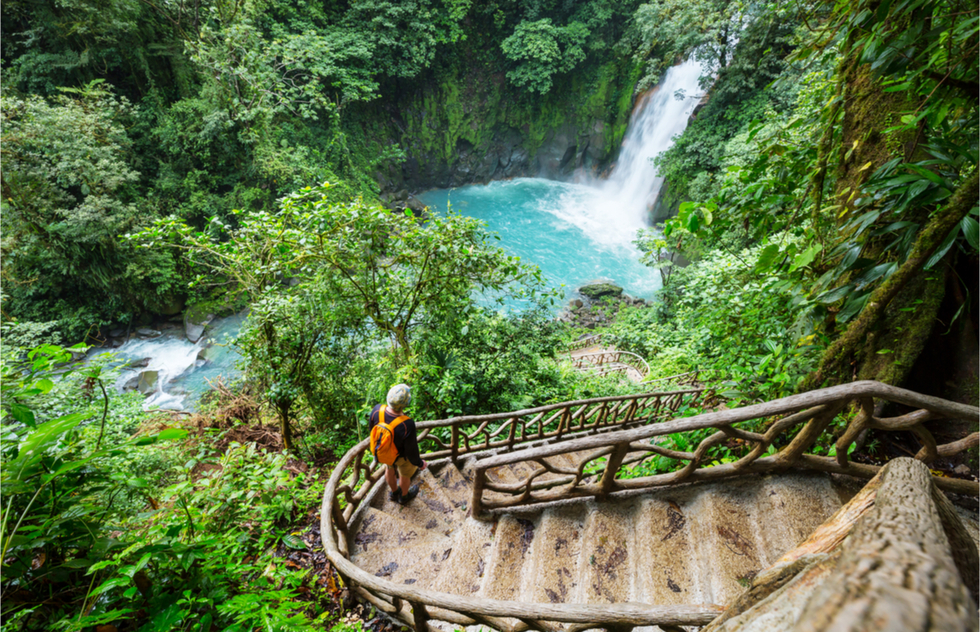 The rest of the world is well aware of the growing disparity in infection rates between states within the USA.

This week, Costa Rica acted, proving it has been studying the situation in the U.S. closely.

The Central American nation announced on August 19 that it will reopen its borders to U.S. travelers on September 1—but only to those living in a few states of the American Northeast, a region considered to present the lowest risk.

Most of the rest of the world, shocked both by the U.S.'s high infection rates (over 6 million cases out of 22 million worldwide) and the Trump administration’s refusal to create a national coronavirus policy, has written off visits by all Americans as too risky.

But Costa Rica is taking a more nuanced approach. The country's official entry requirements page states that it will only allow the residents of New York, New Jersey, New Hampshire, Vermont, Maine, and Connecticut to visit.

Costa Rica will also require each American visitor to show a state driver's license or I.D. card, as well as passport, to prove residency.

TripSavvy translated the words that Gustavo Segura, Costa Rica's Minister of Tourism, spoke in Spanish to explain the new rules: "We are taking very gradual and carefully analyzed steps in the direction of the revitalization of tourism that is very necessary for the protection of the social progress that Costa Rica has achieved through this industry. The idea is to continue shedding drops of hope, not to lose heart, and to know that there is light on the other side of this tunnel."

Segura did not announce when Costa Rica would consider adding states where the infection rate has hovered in a safer range—I'm thinking of Massachusetts and Rhode Island, in particular.

In another telling move, one that shows how aware Costa Rica is of the class disparities that have shaped the coronavirus landscape in the United States and elsewhere, the country stipulated that those who arrive in private yachts or planes—in other words, the super-rich—might be eligible for exemptions to current rules when they arrive.

Other new protocols for entry to Costa Rica include:

Visitors are required to wear masks in all public spaces in Costa Rica.

Update, August 27: Costa Rica has added more states to its whitelist. As of Sept. 1, entry privileges will now be extended to residents of Maryland and Virginia, as well as to residents of Washington, D.C.. Starting Sept. 15, residents of Colorado, Massachusetts, and Pennsylvania will also be permitted to enter.