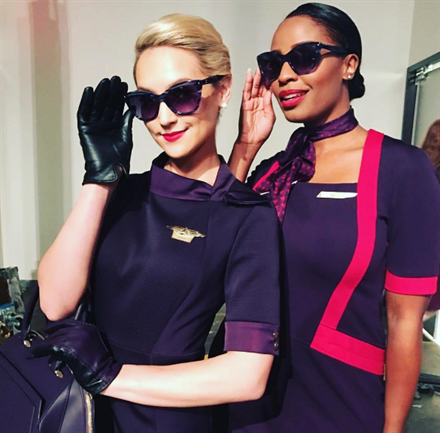 Delta Air Lines supplied a sneak peek at its new crew uniforms this week during a runway show in the company's hometown of Atlanta.

Created by celebrity fashion designer Zac Posen, the snappy new duds will be worn by more than 60,000 front-line workers, including flight attendants and customer-service agents at airports. It's Delta's biggest uniform overhaul since 2006.

Passengers can expect to start seeing the new looks by the end of the year.