Disney Comes to Shanghai, the Watergate Reopens, and More: Your Travel Briefing 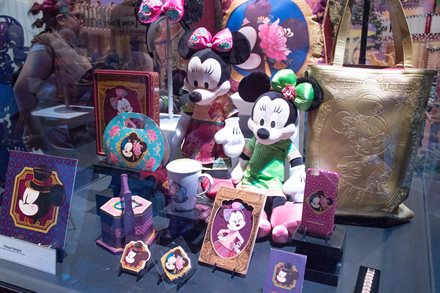 Your Daily Travel Briefing is our new daily roundup of travel-related news and information gathered from all over. Check this space each weekday for fresh updates. Here's what's going on in the world of travel today.

* SHANGHAI DISNEYLAND OPENS TO THE PUBLIC (Chicago Tribune). And reports indicate the park is a stunner—colossal in scope and filled with state-of-the-art technology and the sort of richly detailed experiences Disney is known for. Showstoppers include the biggest storybook castle at any Disney property, a Tomorrowland populated by Marvel Comics superheroes and Star Wars Jedis, and a Pirates of the Caribbean attraction with startlingly lifelike 3D visual effects and animitronic buccaneers. Some reviewers are already saying the park is worth booking a flight to China for. You can read our own preview here.

* TRAGEDIES IN FLORIDA OVERSHADOW DISNEY'S CHINA OPENING (New York Times). Horrific recent events in Orlando—a city synonymous with Walt Disney World in some minds—has brought a dark cloud over Disney's big week in China. After the mass shooting in an Orlando gay club on June 12, Disney announced it was tightening security at its theme parks to ensure guest safety. Then came the news that an alligator had dragged a toddler into a lake at a Disney World hotel. The show goes on in Shanghai—but after the incidents in Florida, the pressure's on to make sure the opening goes off without a hitch.

* THE RETURN OF THE WATERGATE (Condé Nast Traveler). Washington, DC's infamous Watergate Hotel—whose name became shorthand for the scandals in the Nixon Administration after thieves broke into Democratic National Convention headquarters at the Watergate building in 1972—has reopened to guests for the first time since 2007. The place has undergone a major overhaul and now sports a swanky midcentury-modern design, saltwater pool, whiskey bar, and staff uniforms from a Mad Men costume designer. The hotel isn't backing away from its checkered past, either. "Stolen from The Watergate Hotel" is inscribed on pens in rooms, and key cards read "no need to break in."