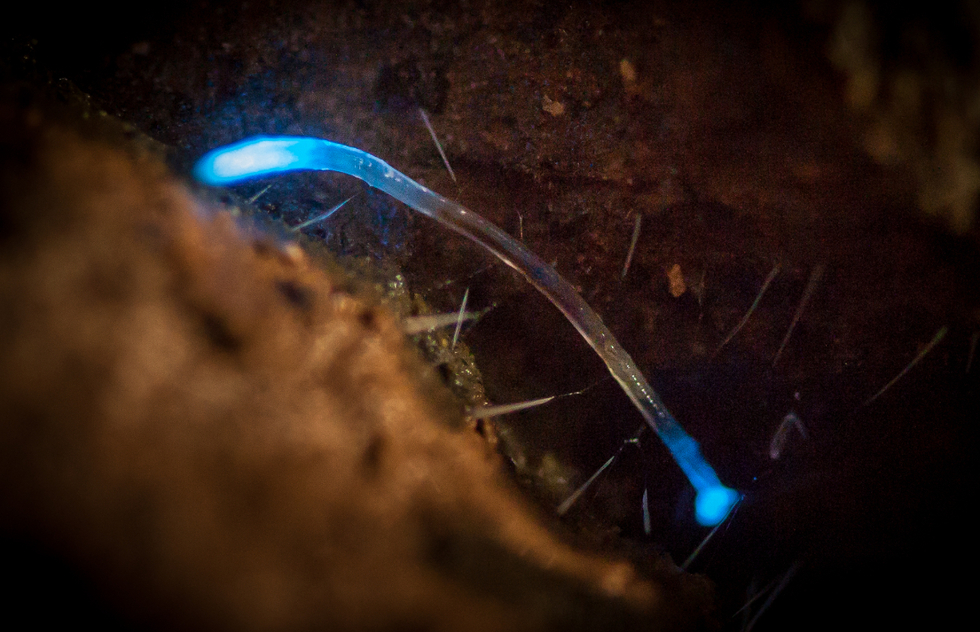 Each Fall, Glowworms Put on a Spectacular Light Show at This Alabama Canyon

And for several weeks in spring and autumn, the visual wonders of the place continue after nightfall, when the rock walls of the canyon light up with a constellation of blue pinpoints emanating from hundreds of glowworms. 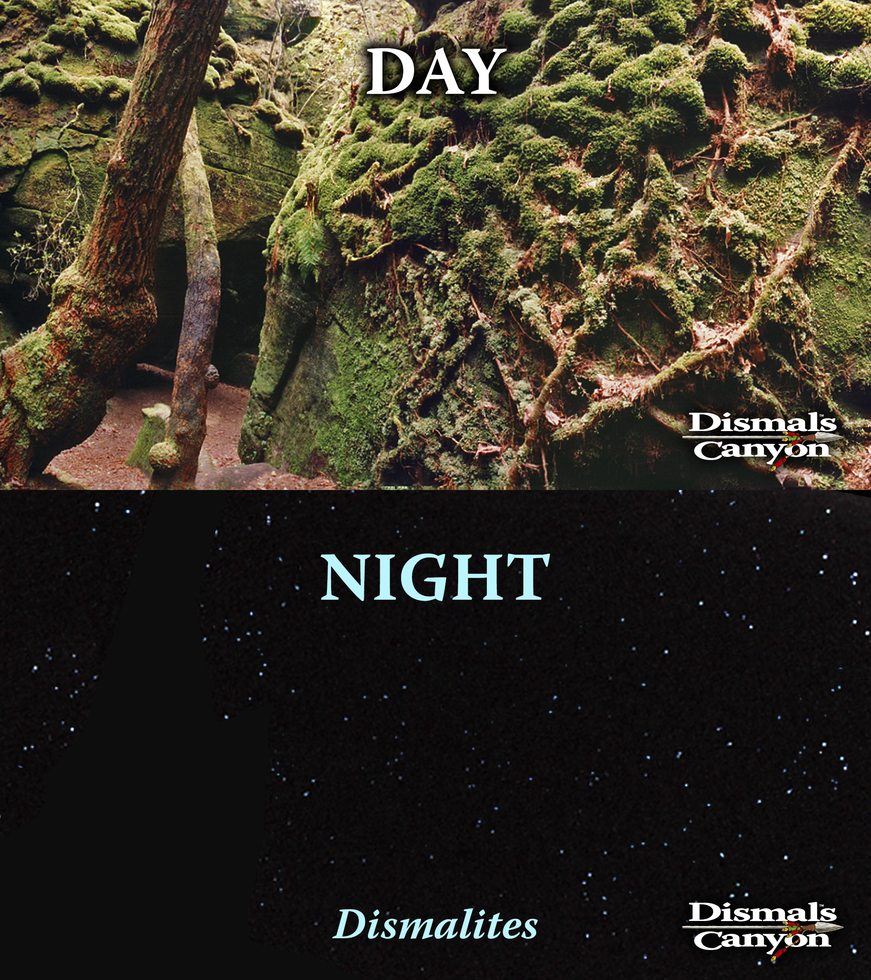 Known as dismalites, the bioluminescent creatures are the larvae of an endemic fly that thrives in dark, damp environments, of which there's no shortage in the humid, shady canyon.

When the flies are at the glowy stage in their development—late April through May and late September through October—dismalites emit light from their front and back ends to attract prey. 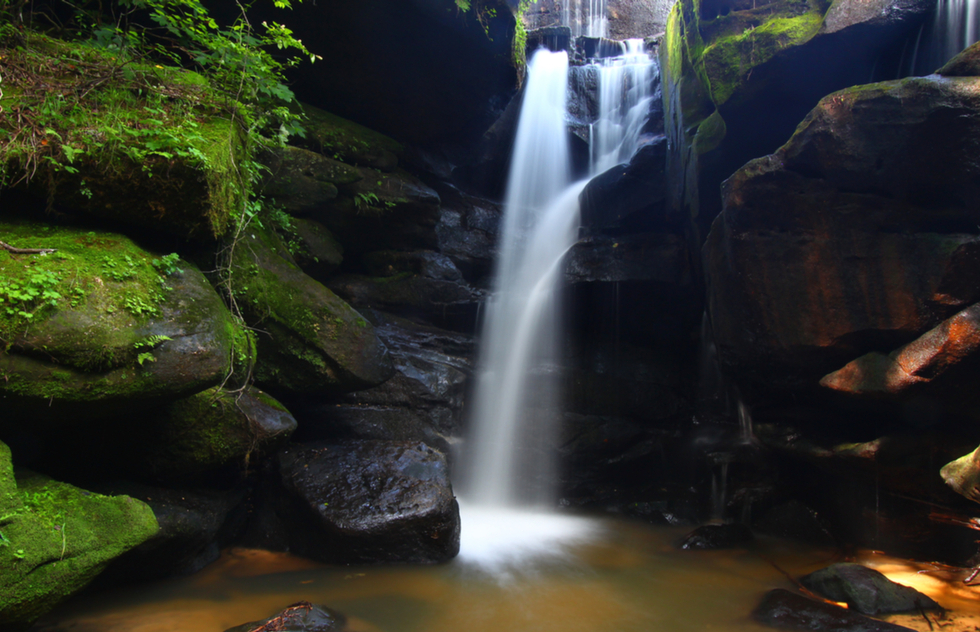 There are similar glowworms in Australia and New Zealand, but Dismals Canyon, a privately owned National Natural Landmark, is thought to have the largest population of dismalites in North America. (Light pollution and climate change, however, pose threats to the insects' survival, according to National Geographic.)

To see dismalites in person, you can reserve a spot in one of the canyon's guided nighttime tours, which take place during the fall season on Saturday evenings starting September 25 and running through October 30. 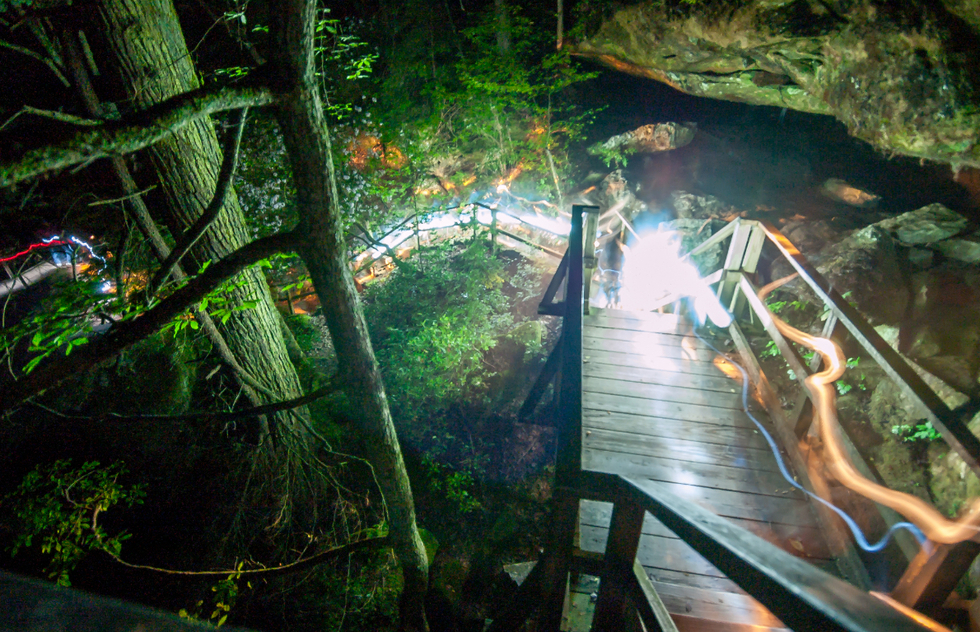 Reservations for the 45-minute experience open each week on the Sunday before the next Saturday's tour. You must book in person or by calling 205/993-4559.

Start times for tours vary based on sunset and other factors; ask for more details when making a reservation.

The number of visible dismalites clinging to cavern walls tends to vary as well. But "on nights when conditions are right," the Dismals Canyon website asserts, "the steep rock face looks like a star-filled sky."