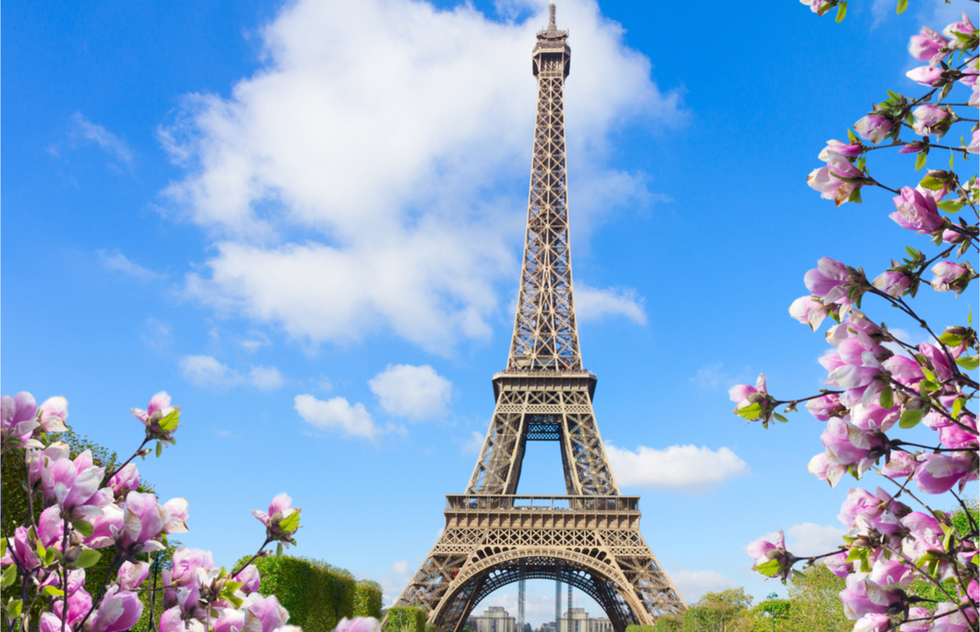 Imagine how strange it would be if San Francisco decided to paint the Golden Gate Bridge lavender. Or if the Great Wall of China was redone in red shellac.

A structure just as iconic is getting a new color, and although the makeover won't be as jarring as those scenarios, the change may take some getting used to.

The landmark in question? The Eiffel Tower in Paris, which is going gold.

Of course, it's nothing new for the tower to get a fresh coat of paint. As a big metal thing standing outdoors, it needs regular touch-ups to protect against corrosion.

Every seven years, in a process that takes 15 to 18 months, workers laboriously scrape all the old paint off, then apply a new layer to the nearly 1,000-foot-tall wrought-iron beauty.

Intriguingly, the tower is usually painted three distinct colors: a neutral brown on the lower levels and two redder, lighter shades on top. The reasoning for the dark-to-light progression is to create a "visual impression of uniformity," according to the official Eiffel Tower website, and to harmonize with the city skyline.

But the old hues, which have been used since the 1960s, are being swapped for an athletic medal color to jibe with the Paris-hosted 2024 Summer Olympics.

"It's going to give the Eiffel Tower a bit more of a gold hue than the color that we're used to seeing, in time for the Olympic Games,” Patrick Branco Ruivo, the CEO of the company that operates the tower, told The Independent. "It’s not revolutionary, but when there’s a blue sky over Paris, we will see it looking a bit metallic and shiny."

The makeover is expected to cost €50 million (about $61 million).

The job can be a dangerous one because earlier layers of paint contained lead and because the tower is so tall and unconventionally shaped. Still, the painters who will carry out the task expressed enthusiasm to The Independent, comparing their future workplace to "a treetop adventure course."

Would the tower's architect and namesake Gustave Eiffel approve of this redo? As a matter of fact, he would.

The Eiffel Tower was painted a deep red when it was first erected, but Eiffel himself had wanted more of a golden brown.

During the Summer Games, the structure will serve as backdrop for the triathlon, open-air swimming events, and—you can count on it—picturesque shots of Paris during TV coverage.