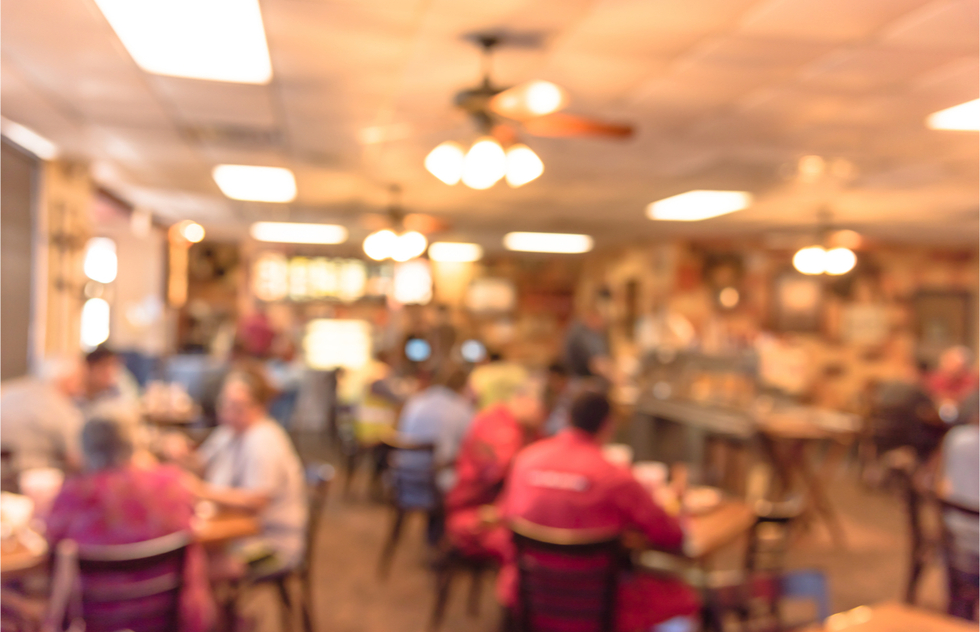 Experts Weigh In On the Top Restaurant Trends For 2022

To get a handle on those potential changes, I looked at the end-of-year articles from a number of experts, from those in the restaurant industry to sources for home cooks. There was a lot of overlap between the two. Some of the coming changes may disappoint diners, while others might seem like necessary correctives for pandemic-related problems and the realities of climate change.

Supply chain issues have forced chefs to be more strategic about the ingredients they use. Most are streamlining their offerings by including more locally sourced items, according to a survey of 350 top chefs across the United States undertaken by the National Restaurant Association in partnership with the American Culinary Federation.

That trend is already in place: Industry publication Restaurant Dive quoted Hudson Riehle of the National Restaurant Association, who reportedly said that in 2021, 8 out of 10 restaurants that offer table service had to shorten menus due to supply chain issues.

Resulting menus may have fewer choices but dishes could potentially contain fresher vegetables and fruits that didn't have to travel far. Shorter menus can also translate into less food waste, which is important, as it means fewer climate-harming gases.

Labor is also in short supply for the restaurant industry, and that's leading many restaurateurs to trim operating hours.

"I think we will see far fewer restaurants open seven days a week and more operating five, or even four, nights a week," said San Francisco chef Melissa Perello in Food & Wine's annual industry survey. "This will be due not only to lack of staffing, but [also due to] restaurateurs focusing on more 'quality of life' decisions for their teams."

Kitchens may be more likely to close on lower-traffic days such as Sunday, Monday, and Tuesday. For foodie travelers with their hearts set on certain restaurants, that might require a rethinking of vacation schedules.

While many restaurants are cutting hours to deal with staffing problems, a growing number are turning to robots to replace humans—or so says international food and restaurant consultant firm Baum + Whiteman.

It cites test programs that burger chain White Castle is running in 11 restaurants involving "Flippy," a robot that flips burgers alongside human chefs; salad giant Sweetgreen's acquisition of Spyce, a firm that creates automated food preparation devices; a chain in Japan in which robots craft sushi; and more.

A recent survey of 2,000 restaurateurs by commerce platform Lightspeed revealed that 50% of owners are looking into ways to automate some jobs in the next two to three years.

Managers in the industry don't see prices for produce, meat, spice, or grain dropping anytime soon. In fact, they expect to charge more, and that makes them nervous about turning off customers.

The advice for travelers? You may have to increase your food budget or take more meals picnic-style, instead of at sit-down restaurants.

Vegetables may cost more, but eateries are still serving more of them, especially plant-based compounds masquerading as proteins—imitation chicken, hamburgers, fish, you name it.

This trend made every prediction list, and its popularity is a reflection of a newly dedicated approach to healthy eating from the general public as well as an expanded understanding of how ecologically unsustainable cattle ranching, chicken and pork farming, and fishing have become.

The food site The Takeout writes, "Meatless products have taken the market by storm (it seems like 2021 was the year of plant-based chicken), but cell-cultured meat, especially seafood, has been in the works from a handful of different companies. ... It’s likely we’ll only see more of these alternative products for sale in the coming year, as technology gets better and production scales." 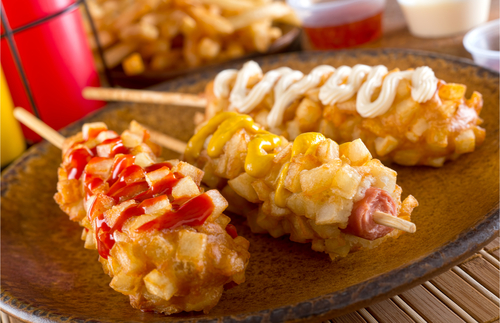 The Resurgence of Asian Cuisine

Vietnamese fare and Korean specialties, like over-the-top corn dogs (pictured above—they're covered in rice or wheat flours, not cornmeal, studded with extras such as cubed potatoes, and ribboned with various sauces), have become newly popular across the United States, in Europe, and even in parts of Latin America and the Caribbean. The chain Two Hands Seoul Fresh Corn Dogs now has dozens of outlets in 15 U.S. states; its competitor Oh! K-Dogs is in five states.

And it's not just a good time for Seoul food—a lot of of Asian food is pleasing palates. The National Restaurant Association lists Southeast Asian cuisine as the "top region for influencing menus in 2022."

Yes, there was a huge increase in alcohol consumption over the last two years. But restaurateurs are still seeing a pivot away from overindulgence, a trend Baum + Whiteman calls "boozing down."

"We are anticipating a larger demand and have seen an increased interest in zero-proof or alcohol-free cocktails," Fernando Soberanis, executive chef of Laurel Brasserie & Bar in Salt Lake City, Utah, told Food & Wine. "These new drinks are no longer simply a mix of fruit juices but feature an elevated eye appeal with fresh, seasonal ingredients."

It ain't over till it's over, so restaurateurs around the world are keeping the outdoor dining spaces they erected in 2020 and 2021.

For some businesses, it was a great way to make more space for guests without paying extra rent, and for others, it opened up more private dining options for groups that requested it. For all: It was a way to keep guests safer.

There's an emotional component here, too, as Caroline Glover, chef-owner of Annette in Aurora, Colorado, told Food & Wine. "Many guests have fallen in love with the outdoor greenhouses, yurts and bubbles that restaurateurs have built over these past 18 months to weather the pandemic," she said.

What's more, said Glover, "These structures have proven perfect for people whose children are sleeping—or screaming bloody murder—during dinner. Because of that, they're likely to remain a first choice for many families when dining out."

So cheers to 2022, and all the plant-based, Southeast Asian, robotically prepared meals we'll enjoy! Here's hoping we get to enjoy them on the road, rather than at home, in the coming year.