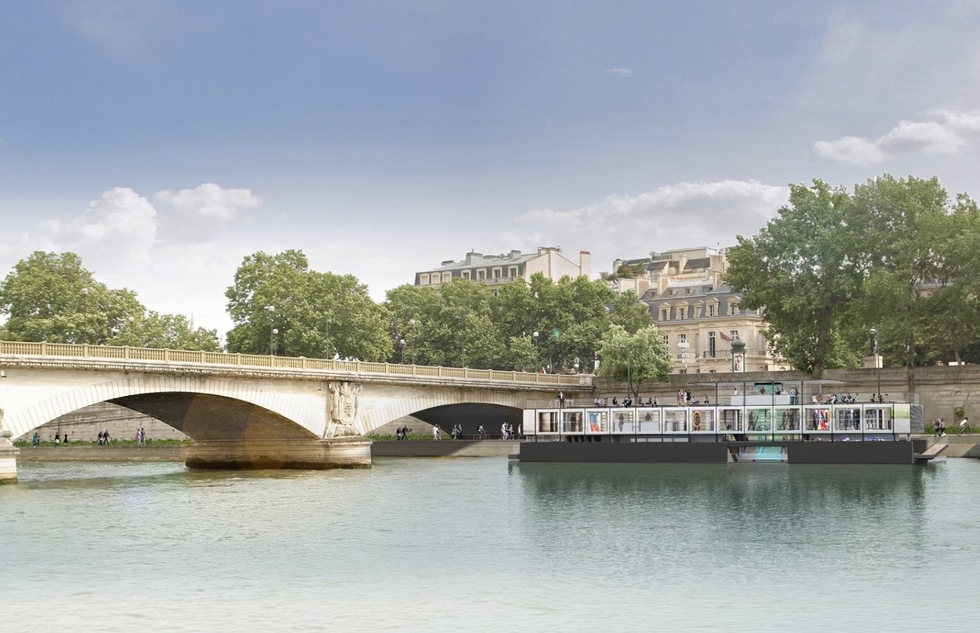 Paris, which has made popular museums out of train stations, royal palaces, and modernist tangles of exposed infrastructure, is innovating yet again: The city is putting a museum on the river Seine.

Billed as the world's "first floating urban art center," Fluctuart is a three-level, bargelike structure located at the foot of the Invalides bridge, facing the Grand Palais in the heart of the city. Though sturdy metal struts tether the museum to the bank, the whole thing sits on top of water rather than solid earth. 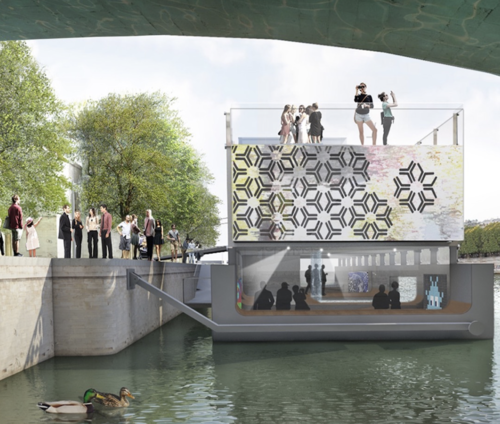 Inside, temporary exhibits will showcase works by French as well as international artists, with a special emphasis on contemporary street art. Head up to the rooftop for brunch, cocktails, or a small concert amid views of the river, the Grand Palais, and other swoon-worthy sights.

Fluctuart opens in May. Admission is free.

And this is just the first entrant in the city's ambitious effort to "Reinvent the Seine" by installing innovative urban spaces along the iconic waterway and its tributaries. Dozens of other projects are also in the works.
advertisement
Arts and Culture
News