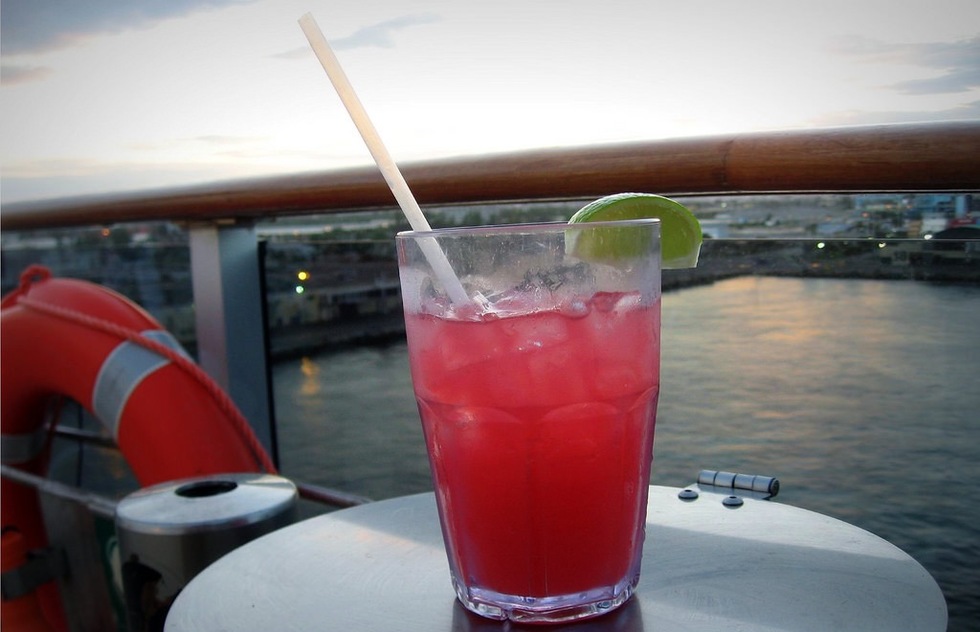 For Tourists, This Is the Last Straw!

Last call! More and more, you're going to have to go without drinking straws.

Single-use plastic straws are distinctly unkind to wildlife. Fresh straws choke animals. Then each straw is said to take longer than 200 years to break down, and all the while, it disintegrates into ever-smaller and smaller bits that are eaten by small animals, fish, and even plankton. The plastic bits eventually make it back into human food.

Which is why places around the world, particularly ones near oceans and beaches, are hastening to ban plastic drinking straws. That means tourist areas, in particular, are seeing straws pulled first.

They've already been outlawed, or had their final date set, across the West Coast of the United States: Seattle and the California towns of San Luis Obispo, Davis (near Sacramento), and Malibu have all ended plastic straw distribution. In Florida, Miami Beach, Marco Island, and Fort Myers have enacted some form of a straw ban. Berkeley, Scotland, and Taiwan are all about to. British Prime Minister Theresa May said she wants to pull all avoidable plastic, too. Even Queen Elizabeth has banished plastic straws at her British palaces.

Where government lawmakers drag their feet, businesses are stepping up to their responsibility. SeaWorld parks and Disney's Animal Kingdom in Orlando did away with straws years ago. And this week, the luxury Corinthia Palace Hotel in Malta made a big public relations to-do about its decision to ban them, keeping some 40,000 from entering the wild each year. (That may be a bit of greenwashing lip service; Corinthia's London property still uses them.)

Meanwhile, petitions are being collected to beg the major cruise lines to do their part as well.

In the coming months, expect many more European hotels and attractions to trumpet their choice to jettison plastic straws. Not necessarily out of goodwill: The European Union, one world power that is still not averse to regulating protection of the environment, is reportedly close to making a plastic straw ban the law of the continent.

That means no more plastic straws on a European vacation. That also means a potential windfall for the person who can invent a paper straw that doesn't turn to mush 5 minutes into the enjoyment of a beverage.

So if you're vacationing in Europe or a major beach city later this year, what can you do if you really need a straw?

Only two things: Pack your own. Or suck it up.
Beach & Water Sports
Food and Drink
Health, Insurance, Security
National Parks
Outdoor & Adventure