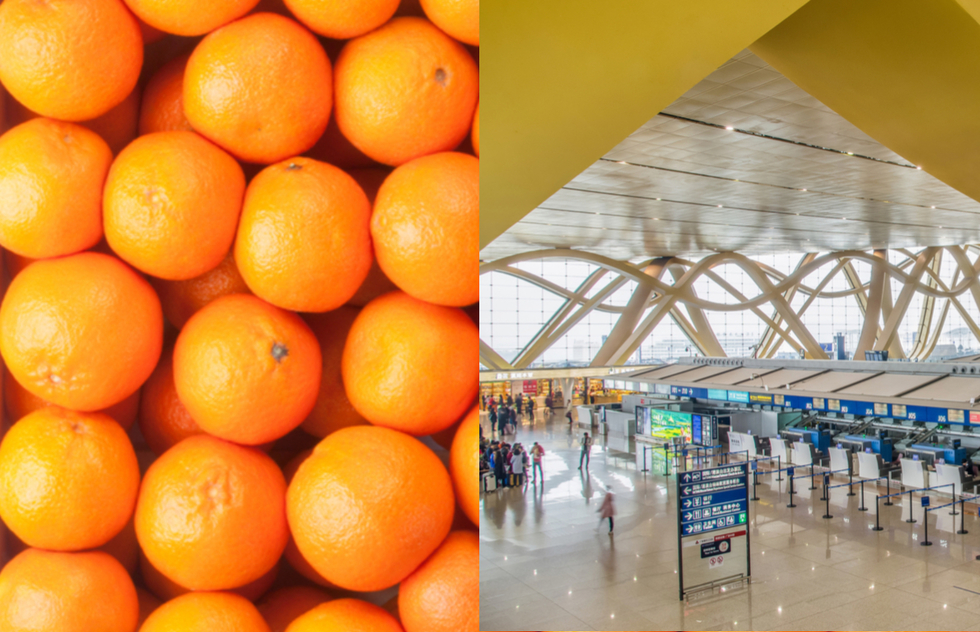 How far would you go to get out of paying an extra fee at the airport?

Whatever your answer, we're guessing it doesn't involve gobbling up nearly 70 pounds of produce in less than 30 minutes.

But that's exactly what four men in China accomplished in order to avoid an excess baggage fee at an airport in Kunming, the capital of the country's southwestern Yunnan province.

According to the Global Times, the four had purchased a 30kg (66-lb.) crate of oranges during a business trip to Kunming.

But when they checked in at the airport (Kunming Changshui International is pictured above) for the flight back home, the men discovered that their luggage was over the weight limit. The airline would charge them 300 yuan (about $46) to ship the oranges.

Finding the fee too steep but unwilling to let the fruit go to waste, the quartet tore into the box and got to peeling.

"We just stood there and ate the whole thing up," one of them told the newspaper. "It took about 20–30 minutes."

Not surprisingly, consuming all that citric acid at pie-eating-contest speed had some unpleasant consequences. For starters, all four men soon began suffering from mouth ulcers.

Was it worth it?

"We never want to have any oranges again," one of the travelers reportedly said.

Frommer's can't endorse this particular travel hack, either. Wouldn't it have been smarter to divvy up the oranges among the flyers' four carry-on bags and surrender any fruit that didn't fit?

In a contest between your health and your wallet, we vote for whichever option won't send you to the gastroenterologist.