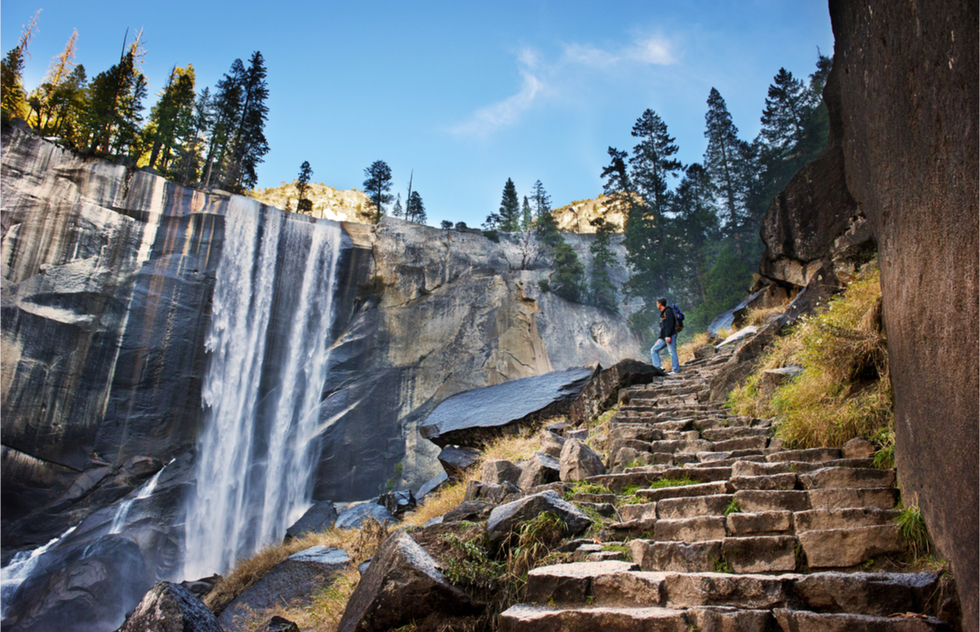 Free Entry to the U.S. National Parks For Students, Veterans—and Everyone Else

The U.S. National Parks had big plans for little people this year. But like so many things, they went awry.

Long story short: 2020 was supposed to have been another year when all of the country's fourth graders (and their families) got free entry to the parks, wildlife refuges, and other public lands, a program administered for half a decade by the federal government.

But because so many of us had to cancel vacations this year and many of this year's fourth graders didn't get a chance to redeem the offer, the National Park Service (NPS) is extending the invitation for that group. U.S. Secretary of the Interior David L. Bernhardt signed a Secretary's Order last week to give all fifth graders—in effect, the same group of kids that missed out, now a year older—free entry until August 31, 2021.

"Programming was limited at times for last year’s fourth graders through the Every Kid Outdoors program, so we’re allowing this year’s 5th graders free access to our public lands throughout the 2020–2021 academic year," said Bernhart. "We hope these kids and their families take advantage of the incredible physical and mental benefits of getting outside and visiting a park, refuge, or campground near them.”

This year's fourth graders will also be invited to the parks for free, as normal.

To get the free entry, families must download a voucher, available at the NPS site, and take it to the park of their choice. (The NPS has been very careful about saying that the eligible student must be present if their family wants to use the voucher.)

But that's not the only group that is being welcomed to the parks for free.

Veterans will be asked to show proof of service (four types of documents will be accepted). Under the new plan, Gold Star families will only have to announce their status at the gates to get in.

And if you don't fit either of the groups mentioned above, don't worry—everyone will be allowed inside a national park for free on November 11 in honor of Veterans Day. (You might still have to pay for ancillary charges such as parking or tours, but parks that charge entry fees will waive them for everyone on that day.)

It's nice to have some good news to report in these tense times.

Experiencing the beauty and majesty of this wonderful country remind us why it's so important to protect this great American democracy.

(Pictured above: Vernal Fall, Yosemite National Park, California. Pick up our guide book to Yosemite and its neighboring parks.)