Game On: As the HBO Series Returns, Travelers are Being Lured to Game of Thrones Destinations 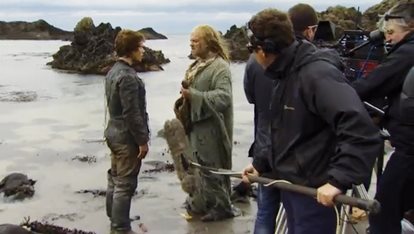 They’re back.  Jaime Lannister and his twisted sister Cersei, Tyrion the wise, Joffrey the awful, the Mother of Dragons and the whole crew (minus some key family members that were taken out last season) are back in the addictive HBO fantasy drama that is filmed in real-life fairy tale-like locations.

Tourism Ireland has an entire webpage dedicated to doing Game of Thrones locations in Northern Ireland and Collette Tours is touting two trips: Discover Croatia (a 12-day small group tour starting at $2,149 per person, land only) and Inspiring Iceland (a nine-day trip starting at $2399 per person, land only). Both visit some of the locations you’ll be seeing this season—namely Dubrovnik and Split in Croatia and the Thingvellir National Park and Gullfoss Waterfall in Iceland.  The price includes most meals accommodations and access to excursions and tours.

But if those price tags are too hefty here’s a scorecard to help you figure out how to do it yourself.  If you’re a Lannister fan you’ll want to do Croatia as most of the scenes of "Kings Landing" were filmed in and near the old city of Dubrovnik.  Just walking the old city walls (which is free) makes you feel like you’re about to bump into bad boy Joffrey or his poor, pretty captive, Sansa Stark.  If Jon Snow and his Crows are more your speed, Iceland is your destination.  Iceland Travel has a four-day Game of Thrones location tour from 480 Euro per person (not including flights to Reykjavik but including accommodations and food).

If you’re a Stark supporter, there’s no better place for you than Northern Ireland, home of many of the early scenes of life at "Winterfell" as well as "Westeros" battle scenes and water battles near the famed Giant’s Causeway.  Viator offers a Game of Thrones privately escorted day trip for $144.89 per person that takes in all of these as well as the cave where Melisandre birthed that evil shadow baby.  Game of Thrones studio scenes are filmed in Belfast proper and although studio tours are not on the boards as of yet, you might just see Jaime, Tyrion or Little Finger knocking back a pint in a local pub.

If sea battles are your speed, consider a cruise with Voyages to Antiquity which offers a 14-day cruise from Venice to Athens ($4,200 per person, not including air) that has the added value of having real life scholars on board.  You’ll see both Dubrovnik and Split (plus Venice and Athens) in the company of historians and other experts who lecture every night on the real life history and personalities that rival Game of Thrones for bloodshed, passion and perversity.  The cruise line also carries a fully stocked historic library on board although we’re not sure if George R.R. Martin’s hefty Game of Thrones tomes are on board.