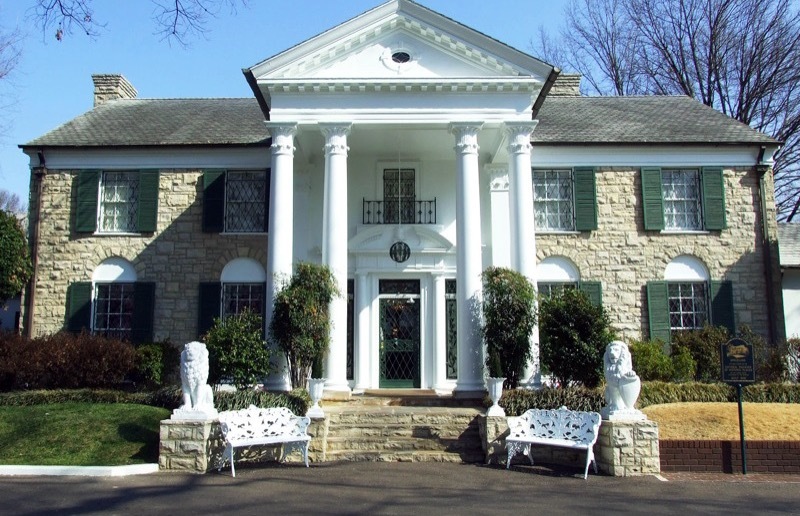 Clearly, the King's reign did not end when the Grim Reaper came for him. The pop idol, both in life and after it, has sold more than $1 billion worth of records; by most estimates, his estate is worth over $300 million today.

His fan base is still huge and devoted, too, and over the years they've made his Graceland the second most-visited home in the United States, after the White House.

Just like people must save up for months or years to afford a Disney vacation, pilgrims also save up for a Graceland trip. The in-person prices at Elvis' Memphis home have steadily increased and are now a gasp-inducing $75 for the "Elvis Experience," which includes most of the mansion. The cheaper alternative ("just" $47) doesn't even allow entry inside the house, only to corollary sites on the grounds.

So although Graceland is initiating a new two-hour virtual tour, its price tag of $100 is, while outrageous, actually only $25 more than the in-person experience. And at least the high price is good for however many people can safely gather around the purchaser's screen.

Graceland's first virtual tours will take place on only three dates: January 27, February 25, and March 25, 2021. (If you're near Memphis, the attraction also offers in-person tours, albeit at 25% capacity.)

The new tour is live and led by a real expert (Angie Marchese, Vice President of Graceland Archives and Exhibits), but virtual tours, in general, don't have the frisson that being present does.

It will be fascinating to see if, after years of selling the public everything Elvis, Graceland will be able to convince people to shell out $100 for an experience that's the kissin' cousin of a Zoom conference.

Graceland produced this short video to preview the content of the new tour: