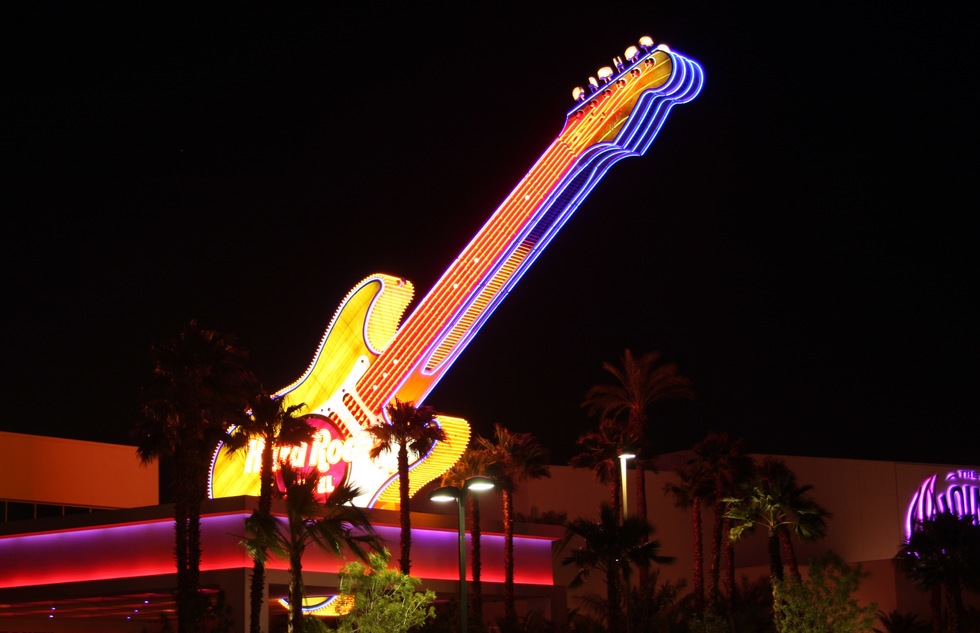 Hard Rock Hotel in Vegas Getting a Virgin Hotels Makeover

The hotel—located just off the Strip on Paradise Road—has been acquired by the growing Virgin Hotels chain, which is giving the property a top-to-bottom overhaul.

Virgin founder Richard Branson revealed the changeover at a press conference announcing that his company and other investors had made the purchase.

The renovations will affect every part of the hotel, including its 1,500 guest rooms (which will be called "chambers" now that Virgin is running things), casino, and swimming pools.

Some of the music memorabilia cluttering the place may go into storage (but where will we see synthesizers once touched by Styx?), and, according to Branson, the huge guitar lighting up the facade out front could become a giant "V" for Virgin.

It's unclear at this point what will be done with Hard Rock's entertainment venues and popular poolside "dayclub," characterized by Frommer's as the place to be "if you’re in your early 20s and are trying to spend your entire Vegas trip drunk and wet."

Virgin does promise there will be new restaurants, bars, and lounges onsite. And, judging from the company's other ventures, you can expect a hip-yet-playful aesthetic.

The hotel and casino will remain open during the transition and will retain Hard Rock Hotel branding until the makeover is complete sometime in the fall of 2019.