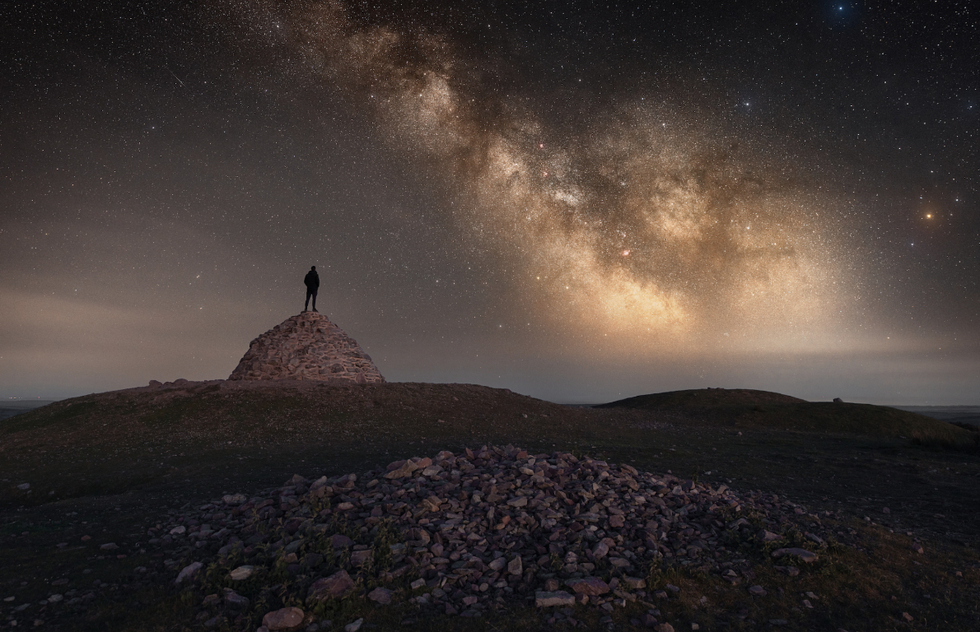 A scenery-focused hike in the dark sounds counterintuitive, but not when the nighttime amble is at Exmoor National Park, a coastal stretch of unspoiled moors between Devon and Somerset in southwest England.

To mark the 10th anniversary of that designation, the national park opened a new attraction in October called the Dark Sky Discovery Trail. The self-guided, 3.2km (2-mile) route is intended to be taken after nightfall, with only glow-in-the-dark guideposts to lead the way. 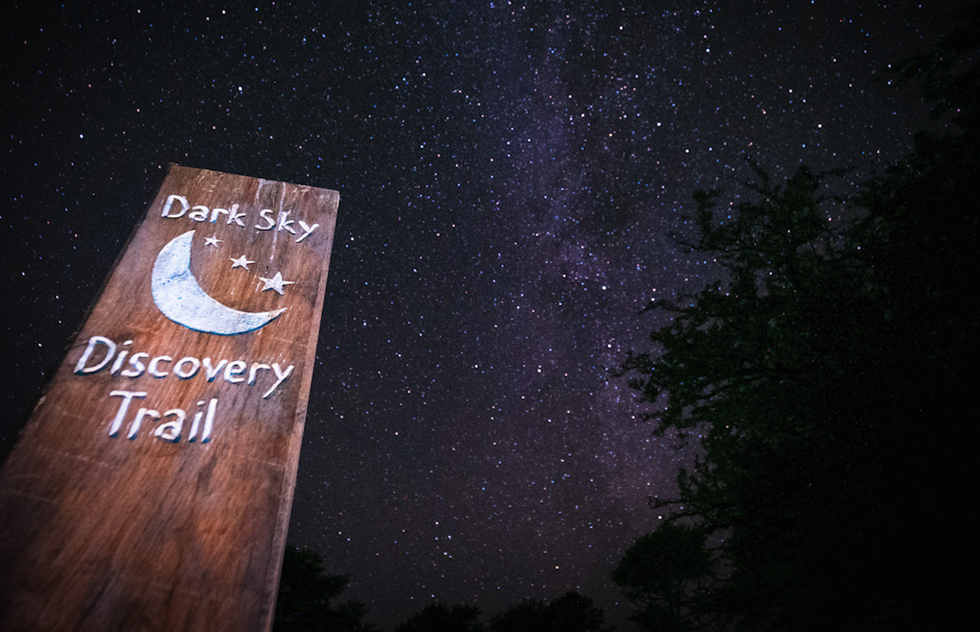 According to the park, the easy, relatively flat path was chosen for the experience because it leads through open, mostly treeless moorland in the heart of the reserve's darkest zone, where on clear nights the Milky Way, constellations, and countless stars glitter all around you.

It should take you about 90 minutes to finish the out-and-back trail. Take a break at the midway turnaround point, the stone ruins of a 19th-century farm.

Though the trail has the potential to fill hikers with a sense of wonder and an urge to contemplate humankind's place in the cosmos, British newspaper The Independent warns that the pitch-black, ghostly quiet surroundings take some getting used to, particularly when it comes to sensing the uncertain depth of the ground beneath you and resigning yourself to hearing unexplained noises in the distance.

Fortunately, the animal residents in the area are, generally speaking, nothing to worry about. There are noisy nightjar birds, shaggy-banged Highland cattle, and, okay, 17 kinds of bats, but they're not going to get in your hair, so settle down.

For £1 ($1.30), you can download a printable trail guide or pick one up at visitor centers in Lynmouth, Dunster, and Dulverton. Bring along a flashlight that sends out a red beam so that your eyes will stay adapted to the dark, allowing you to see more stars.

If you'd rather stargaze with pros, the village of Exford has several tour providers as well as inns for overnighters.

And if it's looking like you won't make it to the U.K. anytime soon, our roundup of great dark-sky parks includes several star-spangled spots in the United States and elsewhere.