Hot Deals On Flights to Europe From the U.S. (And One Is For Business Class!)

Not only is the U.S. Dollar continuing to crush the Euro, airfares across the pond are now a better value, per mile, than flights within the continental United States. Three examples:

WOW Airlines quickly sold out its inaugural offer of $99 one-way fares to Iceland (including taxes!) from Boston and Washington, DC. But even its current "higher" rates are usually lower than anything you'll find from the better-known carriers. These include $106 or $208 one-way spring fares to Reyjavik (from Boston in the first case, DC for the latter); $252 fall flights from Boston to Dublin (again, one-way and including taxes); $183 fall rates from Washington, DC to Copenhagen; and more. To see the best fares, broken down by month and gateways, click on the link above.

Do note, however, that on Wow you're paying for the seat...and nothing more. Like Spirit Airlines, Wow adds hefty charges for bags (both checked and in cabin); onboard food and drink; and more. 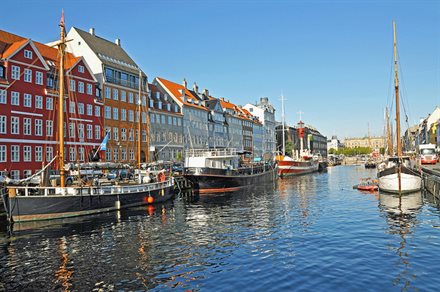 There's little such nickle-and-diming (yet) from La Compagnie the all business class carrier that boasts that every passenger gets a seat that recline a full 180-degrees, and have a massage function. The carrier's transatlantic flights carry just 74 passengers and for their debut they're selling seats from just $1007. As with Wow Airlines, that price includes all taxes and fees (except for checked baggage fees). This inaugural deal is for travel from April 24th to June 30th only, for tickets purchased before April 24. Other details are on the website (click on the link above).

The final, and most unusual offer, comes from Aeroflot which has been selling roundtrips between New York City and either St. Petersburg or Moscow, Russia from $433 round-trip on a number of dates, the best rates being found (not surprisingly) when the weather is coldest. Head to the Aeroflot website to try your luck.