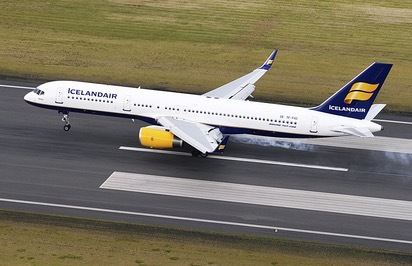 Icelandair has joined the major U.S. airlines in rolling out a new stripped-down fare.

"Economy Light," Icelandair's version of Basic Economy, comes with zero checked baggage provisions. Passengers with Economy Light tickets may bring a single carry-on bag weighing no more than 22 pounds (10kg). Fees for changing a reservation are a steep $275, as opposed to Economy's $200.

The rules of Economy Light are not as onerous as Basic Economy is on other airlines: Passengers are still able to pre-select seats, they can use the overhead bins, and they will be served soft drinks in flight. Additionally, frequent flyer mileage is accrued at the same rate as in Economy. A stopover in Iceland on Icelandair has long been a popular and affordable method for reaching Europe cheaply, and Economy Light passengers will still have the option to do that at no extra cost, too.

What used to be known simply as Economy will now be called Economy Standard. That class includes one free checked bag.

Although the airline is spinning the change by claiming it's all about giving passengers more options, in fact it's more about keeping up with the rise of no-frills transatlantic carriers such as WOW Air.

It would be extraordinarily difficult for most North Americans to orchestrate a vacation in Europe with just a single carry-on bag. That's why we only recommend Economy Light/Basic Economy in cases where you're able to travel with next to nothing, or for children who can use their parents' checked luggage space. It's not economical to pay to check a bag once you've accepted a Basic Economy fare that has no flexibility.
Air Travel
News