If You Want to See the Northern Lights, This Is the Winter to Do It 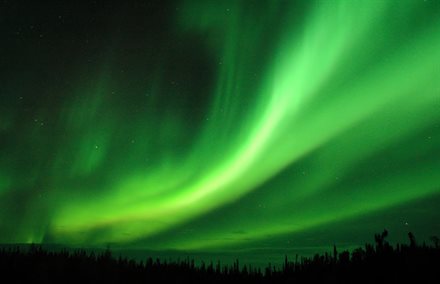 If seeing the Northern Lights is on your bucket list (and why wouldn't it be?), this winter could be the best chance you'll get until the middle of the 2020s, according to experts.

The best time to see the natural spectacle in any year is from September to March in the Arctic Circle. But how bright the lights are depends on where the sun is in its approximately 11-year weather cycle.

Sunspots cause the display, you see, and there are more sunspots—and consequently brighter Northern Lights—when the sun's cycle is at the point called solar maximum.

But since the period of peak displays continues for two or three years afterward, we're coming to the end of glorious Northern Lights shows for now, as the sun sinks toward solar minimum and the cycle starts all over again.

The last solar minimum in 2008 and '09 resulted in pitiful displays—so get yourself to the Arctic while there's still time.