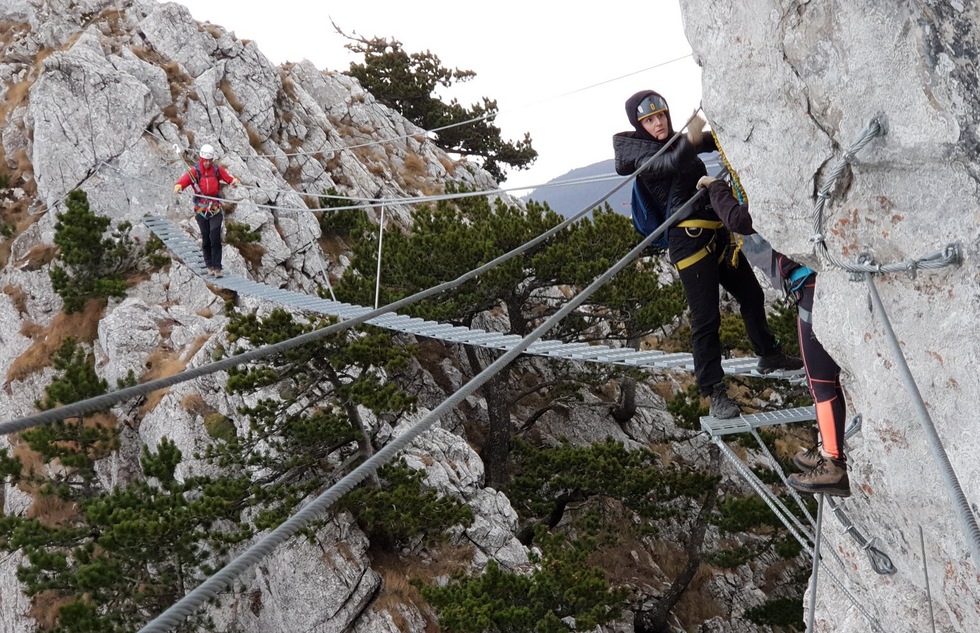 Dropping through cliff caves, tip-toeing along hanging bridges, clambering up iron ladders drilled into mountain faces—if any of these sound like part of an ideal adventure to you, then open your guide books to a new page: Kosovo.
The newly opened Via Ferrata Berim has joined the ranks of Europe’s most thrilling climbs. On Europe’s unsung Eastern side (in a territory that's east of Dubrovnik, between Serbia, Montenegro, and Albania), rungs and rigging weave a natural obstacle course through the mountains in Kosovo.


The path through the Balkan peaks begins at Mokra Gora Mountain, near Zubin Potok in Kosovo's northern region, and climbs 1,700 feet (518 m) to its highest point at Berim. The 1.9-mile (3 km) route can be finished in about six hours, depending on weather and hiking ability. There are also several bailouts along the way, just in case you decide you’ve had enough excitement, although quitters will have to navigate an awkward gravel path back down.

There are several lesser Via Ferrata (“iron roads”) crossing the area that were built during World War I by the Italian and Austrian armies. The first part of this one, Via Ferrata Berim, was restored by local tourism boosters and opened in 2015, but only since October has it been fully accessible—and the photos are breathtaking.

And don’t worry. Although it can be tiring, it’s safe. Professionally trained guided adventure companies provide ropes, helmets, harnesses, and other essentials. Outdoor In and Balkan N' Adventure assemble tour packages as well as other hiking and biking experiences around the Balkans. 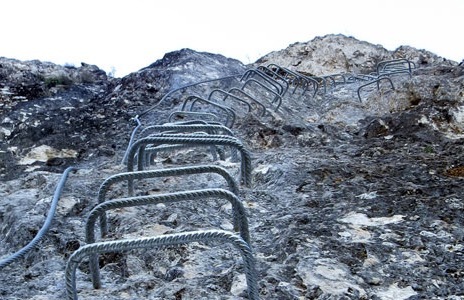