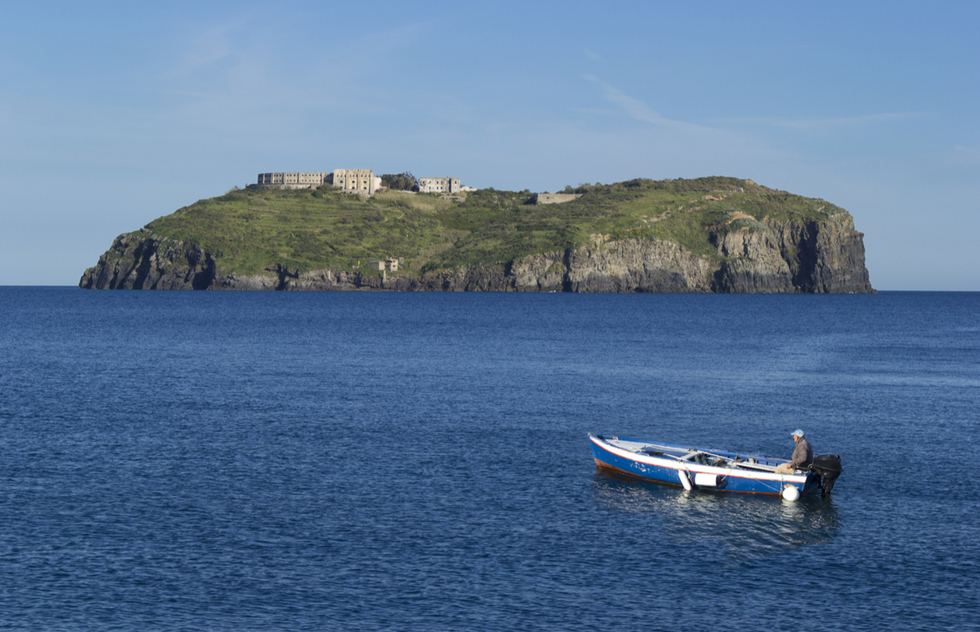 Italy has plans to convert a deserted island that once housed a brutal prison into a tourist attraction similar to San Francisco Bay's Alcatraz, according to news reports.

A tiny link in the Pontine Islands chain, Santo Stefano floats in the Tyrrhenian Sea off Italy's western coast near Naples. The remote speck of land was used as a place of exile as far back as the days of ancient Rome.

In the late 18th century, Bourbon rulers installed new prison buildings in the semicircular panopticon style, designed, as Atlas Obscura explains, so that centrally placed guards could keep an eye on all the cells at once. 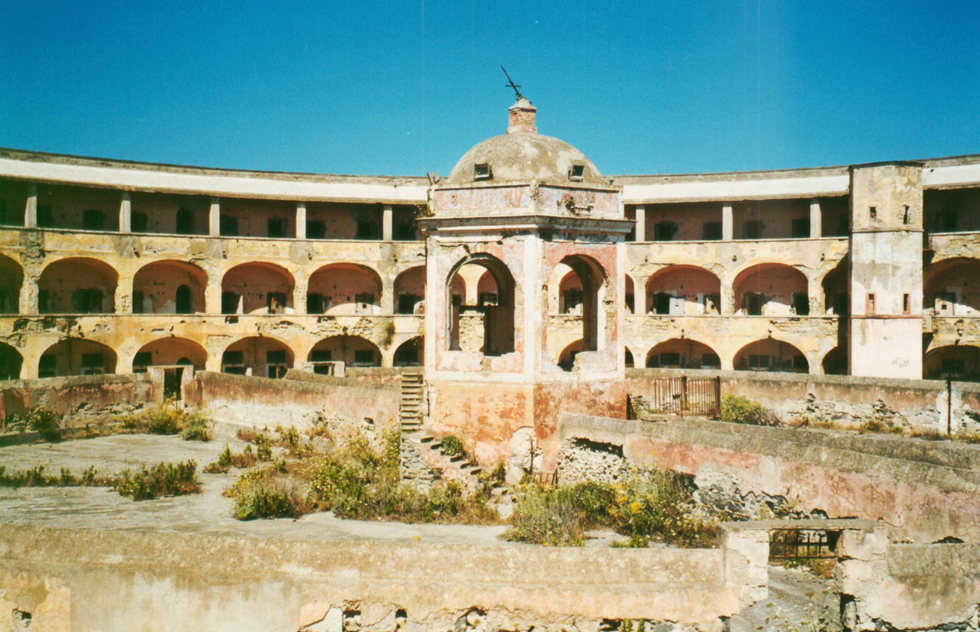 Of course, all that surveillance didn't stop several revolts and escape attempts by the bandits, political dissidents, and other inmates stashed here.

Most notoriously, Santo Stefano was a site of detention and torture for anti-fascist leaders during the Mussolini regime, which lasted from 1922 to 1943.

After World War II, the place became more comfortable for prisoners. New leadership installed football fields, a movie theater, gardens, a bakery, and shops where inmates could make and even buy artisanal goods.

But in 1965 the government pulled up stakes and the island has been abandoned ever since, save for occasional visits from fishing boats and small guided tours.

The state-backed €70-million ($85-million) makeover plan would change all that, stabilizing the crumbling buildings, adding the necessary infrastructure, and turning the island into a museum and cultural center.

There's talk of using restored cells and interpretive exhibits to tell the history of the prison, while gardens and other contemplative spaces will memorialize the suffering endured on the island.

At the same time, officials want to attract tourists with offerings such as a restaurant and bar with views of Mount Vesuvius, performances in the amphitheater-esque panopticon, and even a 30-room hostel in what was once the prison director's house and the football field's locker room.

Given the site's grim history, let's hope planners and developers find the right balance between respect and recreation.

California's Alcatraz, with its moody setting, somber architecture, and illuminating audio tour narrated from the perspective of past inmates, isn't a bad model to follow in this regard.

There are certainly less sensitive approaches elsewhere in the world, such as the jails-turned-luxury-hotels that don't even acknowledge past miseries undergone there, or the lurid tours that seem to revel in, say, the nuclear devastation at Chernobyl or the drug-related violence that Pablo Escobar brought to Medellín, Colombia.

The people working on Santo Stefano have time to figure things out. The project is still in the early stages and isn't expected to be ready for visitors until 2025.