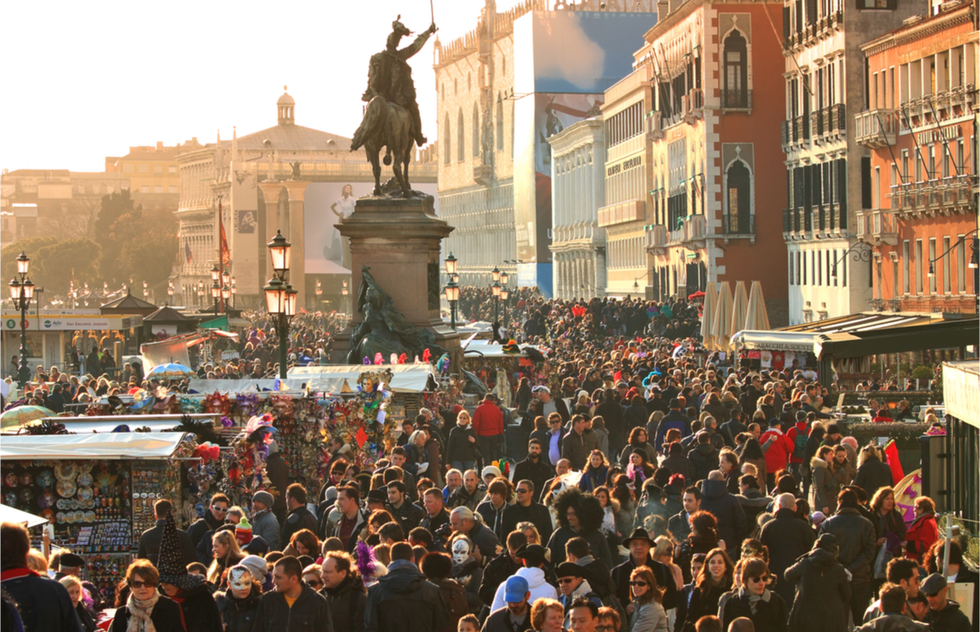 Of the world's premier travel destinations, Venice may be the one most transformed by this pandemic.

The Italian cabinet banned cruise ships in July, sparking headlines worldwide. Because of that move, fewer cruise passengers will clog the streets that funnel into St. Mark's Square (pictured above) and others choke points around the city.

Now it looks like the numbers of those who arrive by land will also be curtailed.

The Italian newspaper La Stampa reports the Venice city council will establish a plan to charge daytrippers between €3 (US $3.50) and €10 (US $11.75) to enter the city, depending on the season.

Bloomberg translated that report into English, noting that locals, relatives of residents, and visitors who can prove that they're staying overnight in a city hotel will not have to pay the surcharge.

In addition to the fee, new caps may also limit how many outsiders can be in Venice at any one time. The plan calls for turnstiles to be installed at important entry points to the historic core.

All of these changes are set to start in the summer of 2022, though the plan could be challenged.

City Councillor Marco Gasparinetti decried the turnstile proposal, saying that they would turn Venice into a "theme park."

If these plans stick, though, the effect will be transformational.

Some of the few bright spots from the depths of the pandemic were the reports that Venice's heavily polluted lagoon was regenerating.

In fact, the waters became so clear that small fish could be seen swimming about, a sight that had been absent for many decades.

Will these positive environmental changes last after the full return of tourism? I hope that now that there will be clearer sailing—on clear waters—ahead.