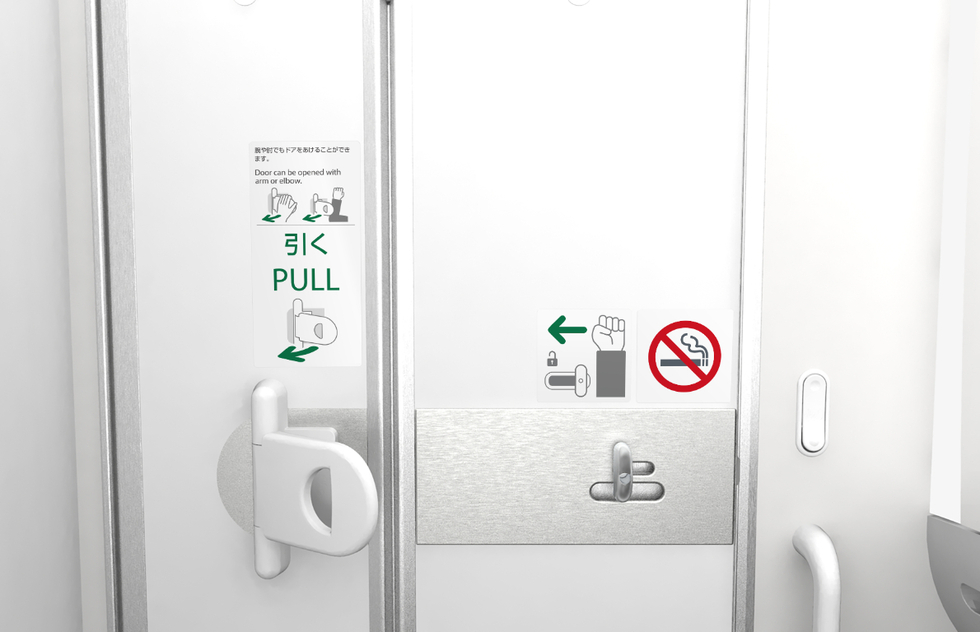 Touching an airplane bathroom's door has always been scary, whether there's a global pandemic raging or not.

A clever solution has been devised in Japan, and, frankly, we'd like to know what took so long.

All Nippon Airways (ANA), the country's largest carrier, has partnered with aviation manufacturer Jamco to come up with hands-free lavatory doors for airplanes.

A handle and sliding lock can both be operated with your elbow or forearm. As CNN explained last summer when the game-changing portals were still in the prototype phase, the door handle connects to a spring that lets you gain entrance by pushing inward rather than pulling the gross little latch that's usually there. 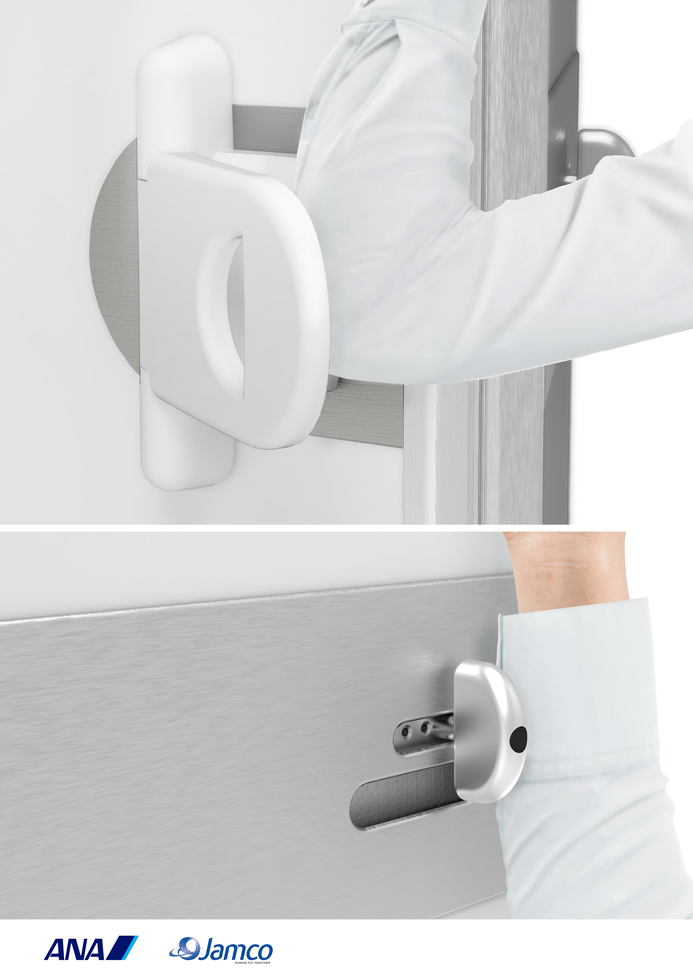 Inside the bathroom, there's a large button, which can also be punched with your elbow, to lock the door and another handle to let you out. Bathroom-goers never have to touch the door with their hands.

We sure hope you're paying attention, Nobel Prize Committee.

This month ANA began rolling out the new doors on 21 planes serving domestic routes. The company says it plans to install hands-free lavatory doors on all domestic and international aircraft eventually.

If this were a text message, we'd end with the raised-hands emoji denoting churchlike jubilation.