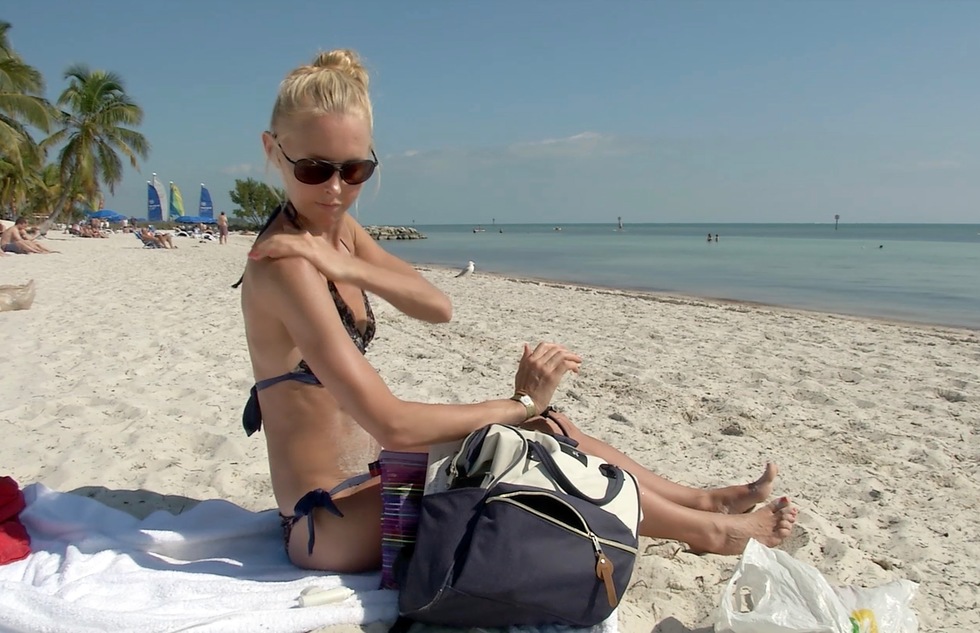 In a late effort to revive its rapidly dying coral reef system, the island city of Key West, the crown of the Florida Keys, will ban sales of all sunscreen containing the chemicals oxybenzone and octinoxate.

"Various studies indicate the two chemicals can increase coral bleaching, cause mortality in developing coral and cause genetic damage to corals and other marine organisms," stated the official announcement.

In many ways, it's a ban without teeth. Stores that are caught selling the outlawed types of sunscreen will be served a warning, and a fine will come on a second infraction. There's no reasonable way to check tourists for what they're bringing to the island in their luggage, so the ban only affects sales, not use.

Key West doesn't have much of a beach anyway—it's more of a diving and boating destination. And the law doesn't even go into effect until January 1, 2021.

But the measure puts additional pressure on sunscreen manufacturers to withdraw the chemicals from use in their products. Insistence on ocean-friendly sunscreens was named one of Frommer's' top travel trends to watch in 2019—Hawaii has announced its own ban, and the island of Palau instituted one that's significantly stronger than Key West's.

As more destinations get rid of the offending chemicals, sunscreen makers (who, as you can imagine, are resisting) will be forced to make nontoxic formulas standard.

There are dozens of safer products on the market. Helpfully, Hawaii has published a list of reef-safe sunscreens for tourists to update their vacation shopping lists.