Time was when the casinos of Las Vegas were so eager to get customers in front of their one-armed bandits, they comped most everything, from drinks to parking. But as the city moves from "sin" to "singing" (it has become a huge concert and dance club destination, with revenues from those and the city's restaurants far out"stripping" the revenue from gambling), the powers-that-be have decided that nickle-and-diming customers is the best way to up profits.

Yesterday it was announced that MGM Resorts—which includes the MGM Grand, the City Center Complex, the Bellagio, Mandalay Bay and the Mirage—would start charging parking fees at all of its 9 properties, except Circus Circus, beginning in April. Overnight guests will pay about $10 to park, though there will be some freebies for members of MGM's "M Life" program and local residents.

Executives told the Las Vegas Review Journal that they expected the move to raise $300 million dollars in 2016 for the company.

In a town with few stable traditions, free parking was one of the most popular. This development, alongside the shuttering of the city's last showgirl extravaganza Jubilee, illustrates how drastically the city is changing. And not for the better, I'd say. 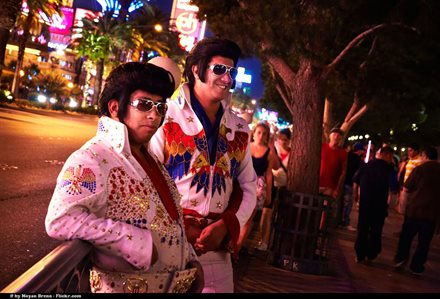