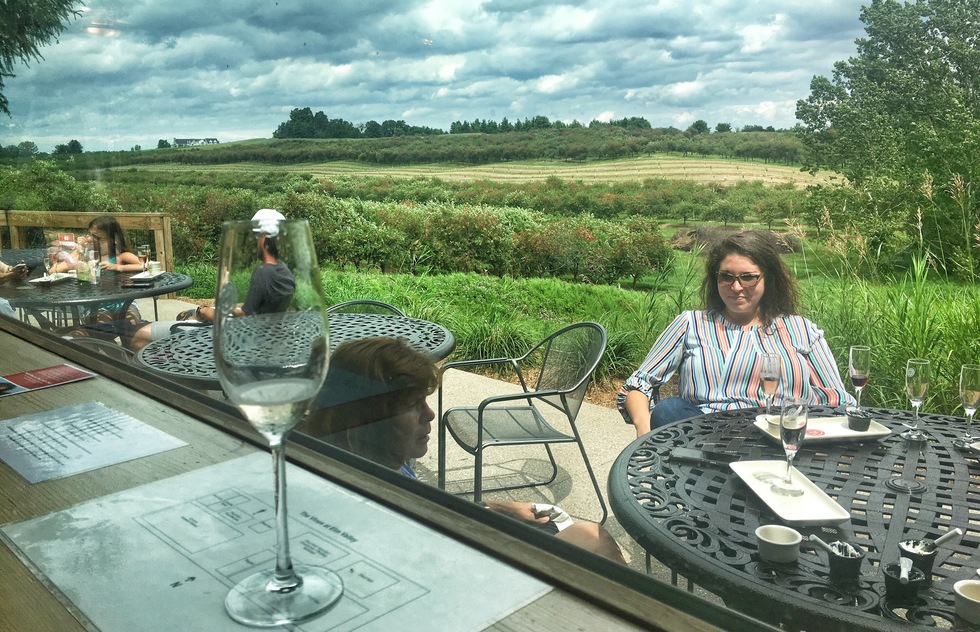 Living the Good Life (Affordably) In and Around Traverse City, Michigan

In some ways, the Inn at Black Star Farms recalls Tara from Gone with the Wind. Guests are greeted in a marble-floored lobby embedded with a black star (hence the name) in front of a grand curved staircase wide enough for hoopskirted damsels to make a glam entrance.

The property is not, however, from that era or located in the South. It's in Michigan's Leelanau County and was built in the 1980s for a family with a taste for excess but not, evidently, a talent for longevity. The parents divorced right before construction finished, and a group of investors swooped in to create this inn and winery—perhaps a more appropriate use for this grand space with its several bar rooms, its ballroom, its horse-filled barns, and its high windows.

Soon after acquiring the house, the owners started planting vines. Today they’re producing some of the finest white wines in the United States. In fact, Black Star won “Best in Show” at the Canberra International Riesling Challenge of 2018.

But it’s not just Black Star that’s serving up fine wines in this part of the country.

The Leelanau and Old Mission Peninsulas are on the 45th parallel, a storied region for wineries worldwide. White wines in particular thrive in this part of Michigan because winds from the Great Lakes sweep in each night, cooling down the grapes and keeping sugar levels in check (an increasing problem in other parts of the United States, where climate change is preventing cooler temps at night).

Jutting into Lake Michigan near Traverse City, both peninsulas are dotted with dozens of wineries offering tastings. Alternate those, as I recently did, with visits to the view-rich Suttons Bay Ciders and the delightful Tandem Ciders (also in Suttons Bay) and you have the makings of a pretty spectacular day.

Pictured at the top of this post is Mawby Vineyards, which has a raft of lovely sparkling wines, including the best-selling Sex (who could turn that down?). Companies such as Traverse City Wine & Beer Tours and Traverse City Tours make it safe to day drink by keeping tipplers away from the steering wheel.

While I was winery hopping mid-July, I noticed that a number of my fellow visitors wore riding pants. Turns out those guests were taking some time off from the Great Lakes Equestrian Festival, an annual six-week Traverse City event. 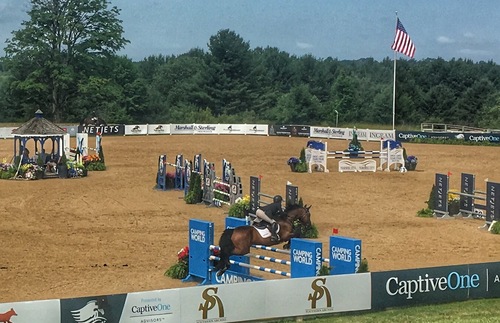 I was lucky enough to watch the jumping competitions one morning and found it all fascinating. For one thing, this is the only Olympic sport in which men and women compete against each other. Along with taking the stands to watch the events, visitors can wander the horse stalls, petting $100,000 ponies, and visit boutique tents selling everything from bespoke boots to equestrian paintings to beautiful shawls and denim shirts—a range of goods meant to appeal to the horsey set.

In my normal life, I don’t have the bandwidth for daytime drinking or stallion gazing. But it sure was fun to get a peek at what used to be called the good life. Why not indulge while on vacation? In Michigan, you can do so for a very reasonable amount of money. Most winery tastings cost between $3 and $5 a glass, and tickets to the equestrian fest are just $15 (free for children, $10 for seniors).