London's licensed cab drivers famously have a larger hippocampus (the part of the brain that's responsible for memory) than average folks. That's the result of two years of studying (on average) for the grueling test all must take, proving they have memorized the location and name of every street in the spaghetti-tangled landscape of London.

But it seems they haven't been smart enough to compete with Uber where it counts: by taking plastic. Currently, it's a crapshoot as to whether the cab you hail will require cash or can take a credit card. But The Week is reporting that London Mayor Boris Johnson has come up with a proposal, expected to pass in February, that will require all taxis to accept both credit cards and contactless payments.

It's as good news, I think, as the fact that the London Underground is about to run 24 hours on weekends. And hopefully it will stave off the murder of the black taxi from the ride sharing masses (Uber just won an important legal case, allowing it to continue operating in London). After all, the black taxi is as iconic a symbol of London as, well, Big Ben. Long may they drive! 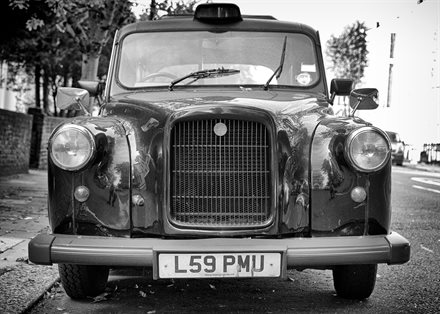