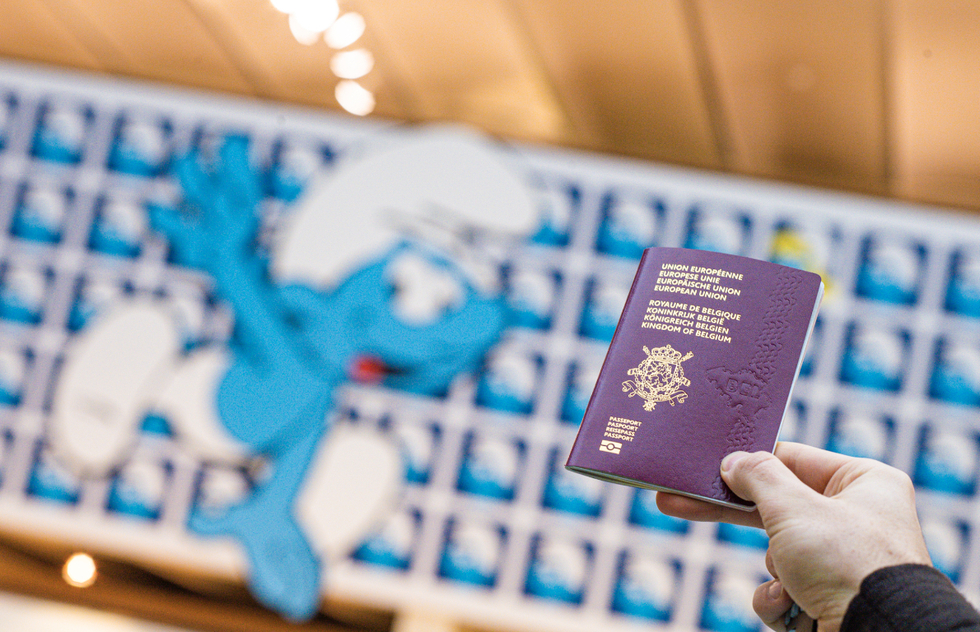 The 34-page travel document features illustrations of beloved Belgian cartoon characters such as the Smurfs (or, if you prefer, "Les Schtroumpfs") and Tintin, as well as figures less known internationally, including Lucky Luke, Marsupillami, and Blake & Mortimer. 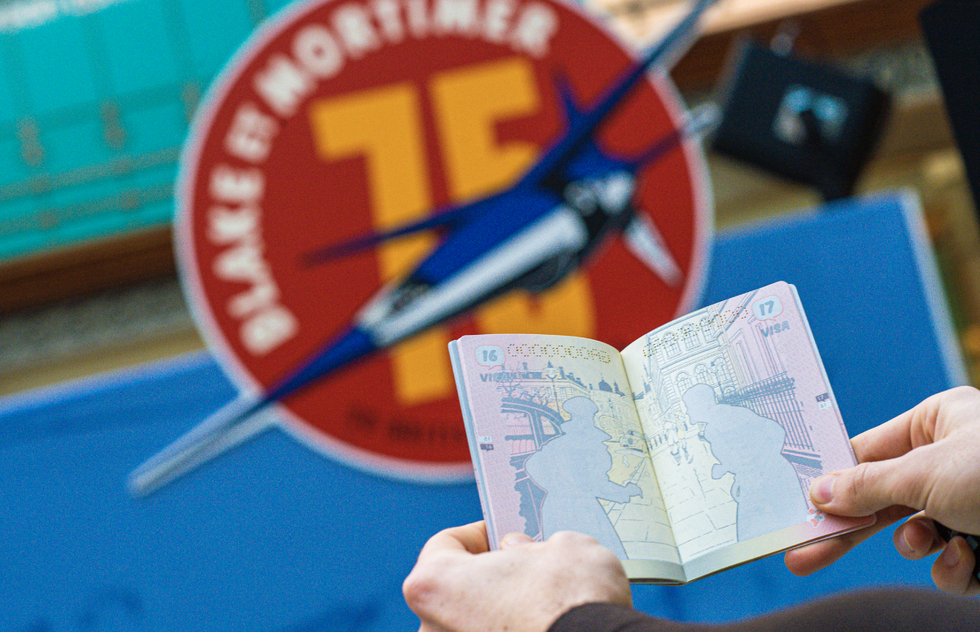 In addition to celebrating a "central element of our culture and our influence abroad," said Belgium's minister of foreign affairs, Sophie Wilmès, in a statement, the passport now incorporates new security features designed to thwart counterfeiters.

The illustrations were created in collaboration with the publishing houses and copyright holders in charge of the artwork from the 20th-century golden age of Franco-Belgian comic strips, otherwise known as bandes dessinées. 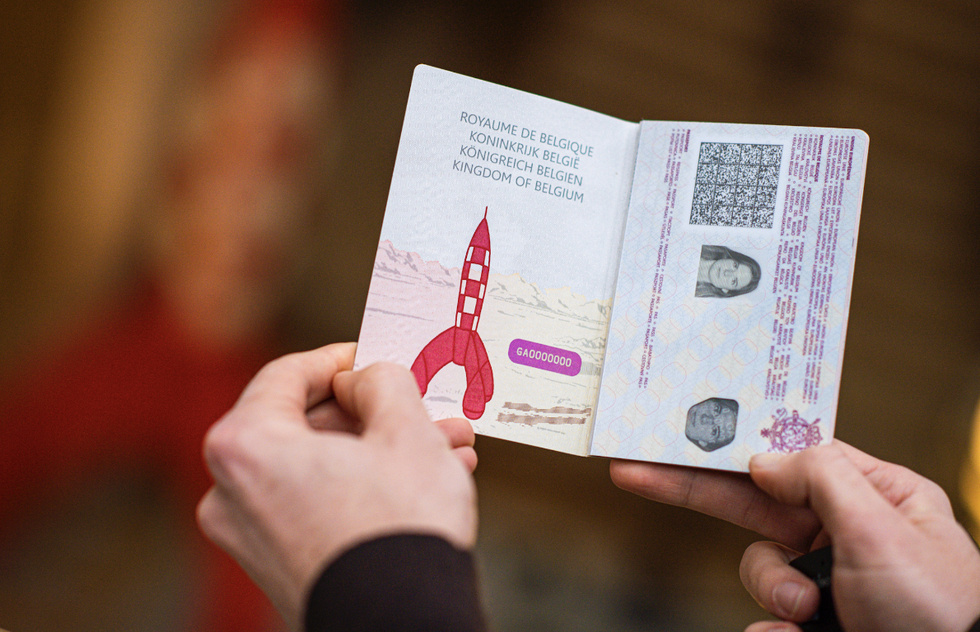 Many of the pictures on the passport's pages for border-crossing stamps are travel-related, depicting, for instance, a Smurf peering at a globe. The page facing the photo ID shows the rocket in which intrepid reporter Tintin once journeyed to the moon. Unfortunately, Tintin's spacesuit-clad dog, Snowy, has been cropped out.

Presumably to ensure that the passport's stamps will be legible, the cartoon characters appear in silhouette. But if you place the booklet's pages under a black light, faces and other details emerge, as demonstrated in a short video released by Belgium's Ministry of Foreign Affairs.

The new design definitely puts Belgium's passport among the world's coolest, though it's hard to beat Finland's, which, as Smithsonian magazine explains, becomes a flip-book showing a moose trotting across the pages if you turn them fast enough.