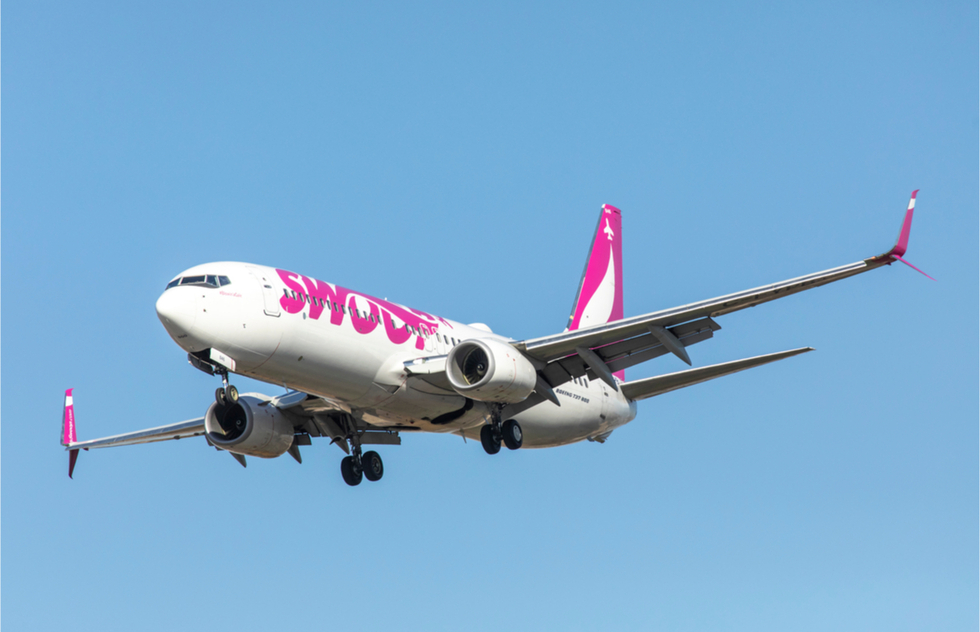 OK, budgeteers, time to open up the calculator app.

Another à la carte airline is expanding its footprint in the United States—and that means you'll need to add up a bunch of extra fees to figure out the true cost of your ticket. Play it the right way, though, and you could save money.

This summer, Swoop, a subsidiary of WestJet, will start service to New York (JFK), Chicago (ORD), Hollywood-Burbank (BUR), San Francisco (SFO), and Nashville (BNA). The airline will fly from such Canadian gateways as Toronto, Edmonton, and Hamilton, and prices, at least to start with, are expected to run US $78 each way, according to Swoop executive Bert van der Stege, whom we spoke to the night before the expansion was officially announced.

For certain city pairs, the new flights could offer a big savings and a new way to fly nonstop. A flight on other carriers between Edmonton and Nashville costs US $220 one-way on most dates this summer—even with checked baggage charges (US $35–$45) and fees to choose a seat, you'll usually find that you'll pay less on Swoop.

The savings are solid between San Francisco and Edmonton, too, with the competition starting at $116—except on those, you have to stop over along the way.

But there's no price advantage that we could find on Swoop for flights between New York and Toronto at the $78 rate. The competition starts around $66 for that journey—and on rival carriers, you can bring on a carry-on for free, which you can't do on Swoop.

Interestingly, on Swoop, checked bags and carry-on bags cost the same. The amount varies according to how far you're going and when you pay; here's the full chart of charges.

"We like keeping things simple," says van der Stege, who claims that this pricing scheme means fewer travelers fighting for space in the overhead bins, and in turn, fewer flights are delayed because of carry-on bag issues.

Right now, Swoop doesn't do daily flights in any of these gateways, so if your flight on the new carrier is canceled, you could potentially get stuck a few days before you can get on the next Swoop plane. Still, the savings may be worth the slight risk.