The modern tourist landscape New York City continues to co-opt some of Las Vegas' best ideas: In 2013, Billy Joel announced his once-a-month residency at Madison Square Garden, giving Americans with no interest in Broadway a regular reason to fly to Midtown Manhattan for a show.

Joel's stint is currently set to end in April, but Jerry Seinfeld has risen to fill the gap. Starting in January, Seinfeld will appear once a month at the Beacon Theatre on the Upper West Side. His show, "Jerry Seinfeld: The Homestead" will be a regular tourist attraction for anyone who wants to plan a trip around his appearances.

The Beacon Theatre only seats 2,800, or a fifth of what Madison Square Garden can fit. It was built at 74th Street and Broadway in 1929 as a house for vaudeville and movies.

For years, visitors to New York had to be lucky to catch Seinfeld's performances—the comic is known to slip unannounced into comedy clubs to try out new material. But the Beacon will feature his tried-and-tested jokes, "not a workshop," as he put it at the announcement press conference.

Right now, his Beacon shows are scheduled from January to June, but if they're successful, it wouldn't be too hard for Jerry to expand his dates. After all, he lives nearby.

Seinfeld tickets are set at $79 to $175 each—cheaper than most Broadway shows. 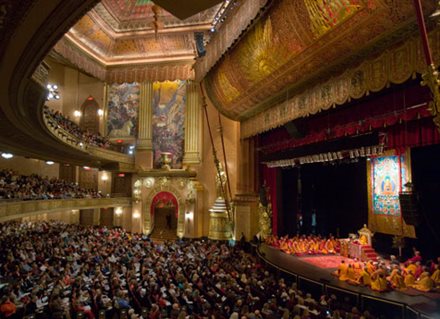