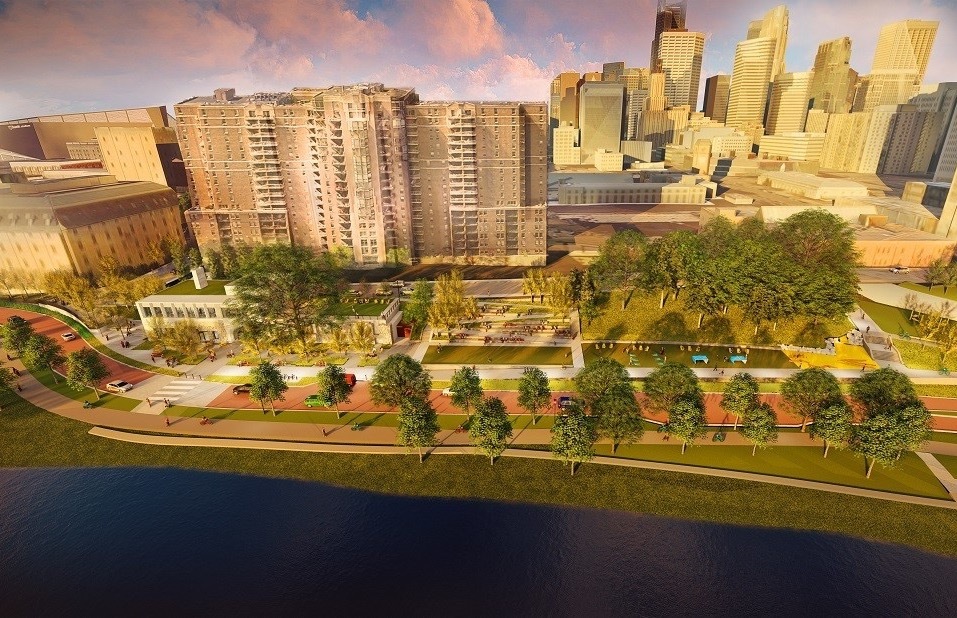 The world did not freeze in place last spring when we were all sent to our rooms for a pandemic "time out." In fact, some destinations are changing quite drastically.

Take, for example, the exciting addition of Minneapolis' Water Works at Mill Ruins Park, a new public attraction that pays tribute to both Native American history and the story of the city's meteoric rise as a manufacturing powerhouse.

Both strands of history revolve around the waterfall—the only natural falls on the Mississippi River—that is the centerpiece of the public space. Today called St. Anthony Falls, the feature has been sacred to the Dakota and Anishinaabe peoples. For centuries, women would travel to the falls from across the region to give birth; it was thought that anyone born near the waters would find luck in their lives.

When European settlers arrived, the waterfalls were larger than they are today, and they were harnessed to run new industries. Mills were built near the falls in the 1880s, and the oomph supplied by hydro power made Minneapolis the self-billed "Flour Milling Capital of the World" for over 50 years. During much of that period, the city supplied a full quarter of the flour used in the United States—much of it milled using energy from the falls.

The development of a major park in Minneapolis is historically and culturally significant on its own, but it will be made even more exciting by the opening of an industrial-chic restaurant called Owamni. (That's the Dakota name for the falls—it means swirling or laughing waters.) Set in a former mill, Owamni will serve indigenous cuisine using only ingredients that would have been available in Minnesota before Europeans arrived.

Sean Sherman, founder of Owamni and author, with Beth Dooley, of the James Beard Award-winning cookbook The Sioux Chef's Indigenous Kitchen, told Mpls.St.Paul magazine, "[My partner] calls Native American food ‘ironically foreign'... It’s the food from exactly right here that’s exactly under your feet that seems foreign for some reason. People are always asking me where to get the ingredients for my recipes: 'Where do you buy fresh cedar for tea?' You don’t. Go outside with a knife."

Of course, not all the food will be supplied through foraging. "With the removal of colonial ingredients, our plan is to drive economic wealth back into indigenous communities by sourcing food from these growers first," Dana Thompson, co-owner of the restaurant, said in a statement. "We look forward to sharing and enjoying these diverse and healthy foods with all communities.”

During the construction of Water Works, diggers kept discovering manufacturing artifacts, many of which will also be displayed at the park.

The restaurant, the park development, and the historic exhibits are all slated to open in late spring (a specific date is yet to be set). I expect them to be a delightful addition to this vibrant city's other world-class attractions.